Bill Maher mocks GOP science deniers: 'How much do we really know about facts?' 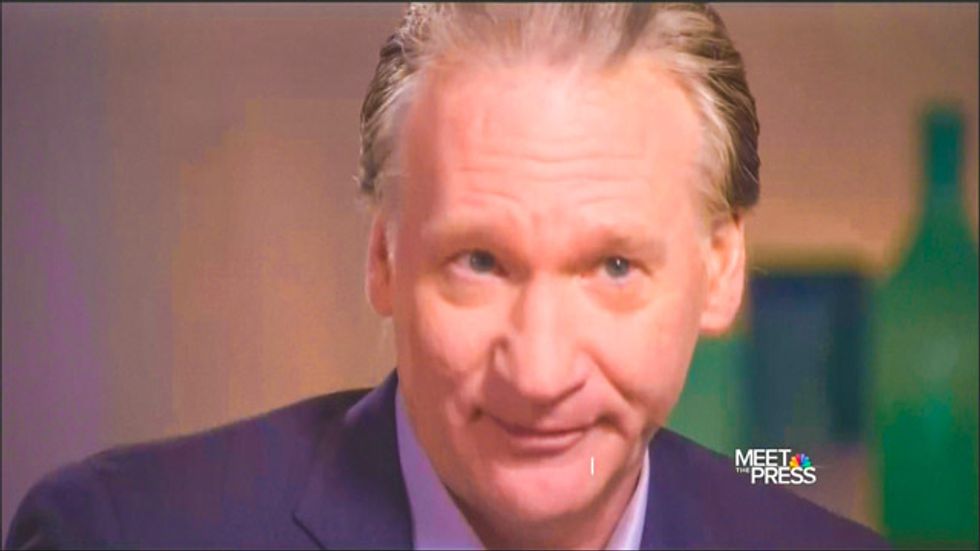 HBO host Bill Maher said in a recent interview that the Republican Party had driven "the short bus to crazy town," and that the party had only truly earned the vote of the richest 1 percent of Americans.

In a discussion with NBC's Harry Smith that aired on Sunday, Maher explained that President Barack Obama's Affordable Care Act was flawed because health care "should be a nonprofit thing."

"Of course, we're Americans -- exceptionally stupid on this point," he observed. "But we are exceptional."

"Who are you most displeased with these days, Republicans or Democrats?" Smith wondered.

"Oh, come on," Maher replied. "Really? Seriously? Republicans. You know, in the last 20 years, that has really not been a choice. They just drove the short bus to crazy town at a certain point."

When it came to marijuana legalization, the HBO host said that it was like same-sex marriage because "once you see it becoming legal and the world doesn't fall down the next day or the next week or the next year, the issue kind of goes away."

He noted that one of the biggest problems was that the American people were not very well informed.

"People never used to argue that much about science," Maher said. "We might argue about how we take these facts and more forward in a different direction, but we don't argue about the facts themselves. That's not true anymore."

"Facts themselves. Come on, Harry, how much do we really know about facts?"

Watch the video below from NBC's Meet the Press, broadcast March 16, 2013.