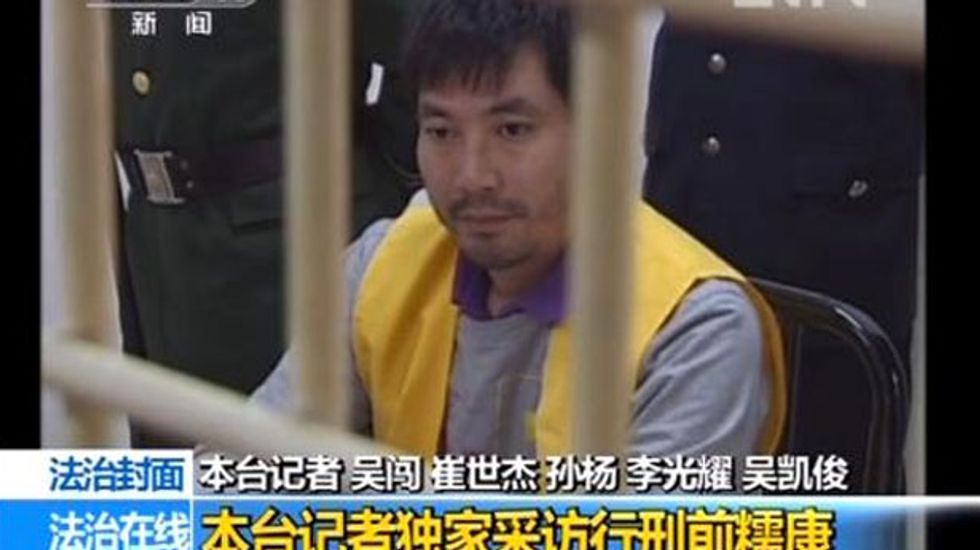 China defended the death penalty Thursday as a traditional deterrent, after a report said its annual executions had again far exceeded the rest of the world's combined.

Beijing judicially put to death thousands of people in 2013 compared to a total of 778 elsewhere, the campaign group Amnesty International said in its annual report. It did not give a specific figure for China as Beijing considers the statistic a state secret and does not release it.

"The relevant organisation always has biased opinions against China," he said at a regular press briefing.

"Whether or not a country retains the death penalty is mainly based on the traditional culture and specific national conditions.

"It meets the aspirations of the Chinese public and will also help crack down on and prevent severe criminal activities," he said, adding that the practice also followed the country's "legal and cultural traditions".

China has cut back on executions since ramping them up in the 1980s and 90s as a way to prevent crime amid the social upheavals that came with drastic economic reform.

A key reform in 2007 required the Supreme Court to review all death sentences.

The number of crimes eligible for capital punishment was cut from 68 to 55 in 2011, and in November Beijing pledged further cuts, without providing details.

Human Rights Watch in January estimated Chinese executions at "less than 4,000 in recent years", down from 10,000 annually a decade earlier.