Creationists to Neil deGrasse Tyson: Evolution isn't scientific, but the Book of Genesis is 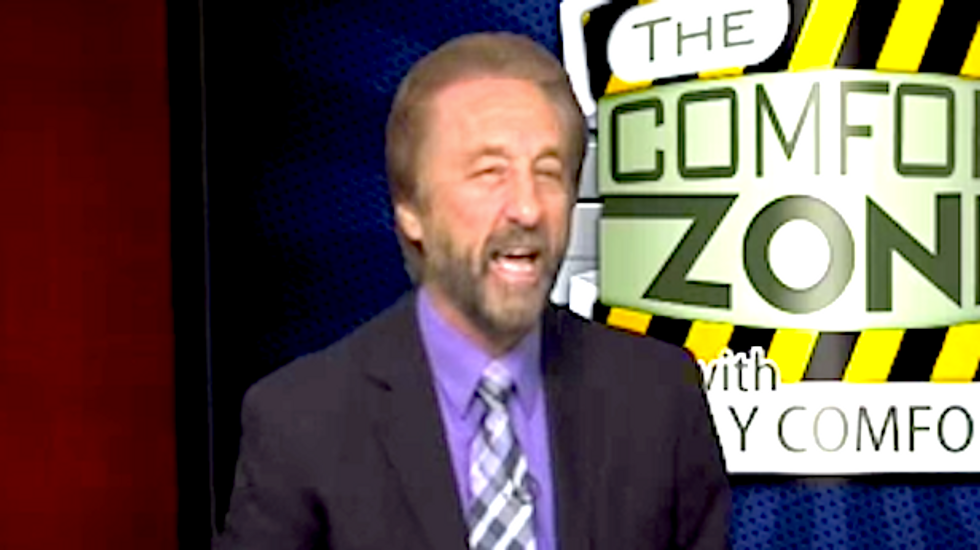 The astrophysicist and host of Fox’s “Cosmos” said recently that using the Bible as a scientific source was problematic, because no one had ever scientifically proven a theory based on scripture.

Comfort said last week on his online “Comfort Zone” program that Tyson wasn’t qualified to make that determination because he’s not a theologian.

“You know, the word ‘science,’ it’s kind of a magical word,” Comfort said. “‘I believe in science.’ It just means knowledge, that’s all it means. There’s different areas of science, different areas of knowledge. When you say the Bible is not a science book, you’re saying it’s not a knowledge book? It tells us how God created the Earth!”

Knowledge, of course, is not quite all that defines science, which is characterized by systematic methods of observation in pursuit of new understanding.

But Comfort insisted the Bible was a science book because it described the origins of the universe.

“It gives us the basis for all creation, and it passes the scientific method,” he said. “It’s observable – Genesis – and testable. Evolution is not. You can’t observe something 60 million years old, but you can observe what Genesis says.”

For example, Comfort argued, the Book of Genesis mentions that animals reproduce other animals like themselves, and that can be observed on the fossil record.

“This is a reboot of the PBS series in the ‘70s with Carl Sagan, who said the cosmos is all that ever was and all that ever will be, which is ironic, because that is not a statement that can be proven in fact,” said Pearson, who directs fundraising for Comfort’s ministry. “That is a faith-based statement, if you will. So it’s kind of ironic, this whole thing being rebooted as it is.”

“Horrible statements come from nice guys,” Comfort said. “I mean, he’s just downgraded the word of God as just, you can’t trust it, [but] you can throw yourself blindfolded without reserve into the promises of God. You can trust the Bible. It’s God’s word.”

Watch this video posted online by Living Waters/The Way of the Master: