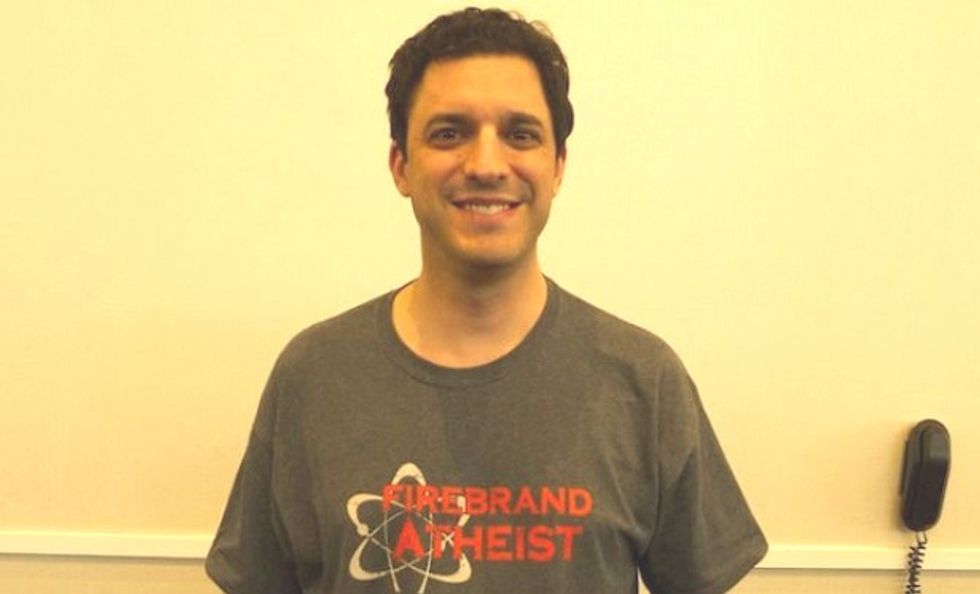 We’ve been fans of alicublog writer Roy Edroso for years. Is there anyone who understands the angst of conservatives better than Roy? He’s our man on the ground at CPAC — Ed.

I finally got to talk to That Atheist Guy, American Atheists President David Silverman. You've probably heard about his controversy at CPAC: First they let him and his atheist-advocacy group have a booth, then they begged off under pressure from nervous Christians), though Silverman himself was welcomed and is now allowed to prowl the halls, spreading his conservatism-without-Jesus gospel. He seems an unlikely proselytizer for this suit-and-bow-tie crowd, tearing into his subject with the wired energy of an old-school punk rock fan. But he claims it's working.

Hold on, I said, I think the Right to Life guys who have a booth here, and have had every year since CPAC started, would disagree that they're not real conservatives.

"I will admit there is a secular argument against abortion," said Silverman. "You can't deny that it's there, and it's maybe not as clean cut as school prayer, right to die, and gay marriage."

But overall Silverman still thinks the movement is losing out, citing studies that show Millenials less religious than previous generations of Americans. "If conservatives insist on saying Jesus wrote the Constitution" -- referring to something Tom DeLay said -- "they're just gonna be dropped," he said.

But why is this his battle? Why not let conservatives be conservatives and just vote for the candidates he likes? "Because I want a choice," said Silverman. "I don't get a choice at the voting booth, ever." He describes himself as a "fiscally conservative" voter who "owns several guns. I'm a strong supporter of the military. I think fiscal responsibility is very important. I see that as pretty conservative. And I have my serious suspicions about Obama. I don't like that he's spying on us. I don't like we've got drones killing people..." In the final analysis, "the Democrats are too liberal for me," he says.

So Silverman soldiers on, working the room, and he thinks he's making progress. "I haven't walked into a roomful of hate, I've walked into a room full of support," he said. In fact, he claims there are lots of atheists at CPAC -- even including some politicians -- but "they won't let their friends know, they wouldn't take a pin."

So, they're closet atheists? "A lot of them, yes." And beyond that, he says, "a vast majority of Christians here would support atheists being part of the movement." Well, they need all the help they can get.

At 26, the well-spoken and -mannered C. Brian Holloman is already chairman emeritus of the East Carolina University College Republicans. He's been a political activist since he was a teenager and this is his second CPAC. He likes to come to these things because "you have all these like-minded people together and you get to see how many conservatives and Republicans are out there." Isn't that true in North Carolina? Not so much, he said, "especially when you're used to places like Chapel Hill." (They have several colleges and Democrats there.)

I keep hearing the kids are going libertarian, so I asked: would Holloman consider himself of that persuasion? "More conservative with some libertarian tendencies," he said. And those are? "I don't believe the state should have any role in marriage," he said -- a typical libertarian third-way response to the SSM issue. "I thick we need to decriminalize possession of low-key drugs." Which drugs are those? Marijuana? "Yes." Cocaine? "I would disagree." Prescription drug abuse? Here Holloman gave evidence of some discomfort and word-weighing. "I don't really think the government should be in the business of policing people making poor decisions," he said slowly. "People make poor decisions, it's on them. It's important to have people around you that can help you and tell you when you're making bad decisions." Well, let us hope.

Holloman thinks Rand Paul has a shot for 2016, but likes several other candidates, though when I brought up Jeb Bush he said, "I'm not a fan of political dynasties... I think we need a break." Though, he hastened to add, "I do like George W. Bush, and I like some things Jeb Bush has said." This young man will go far. 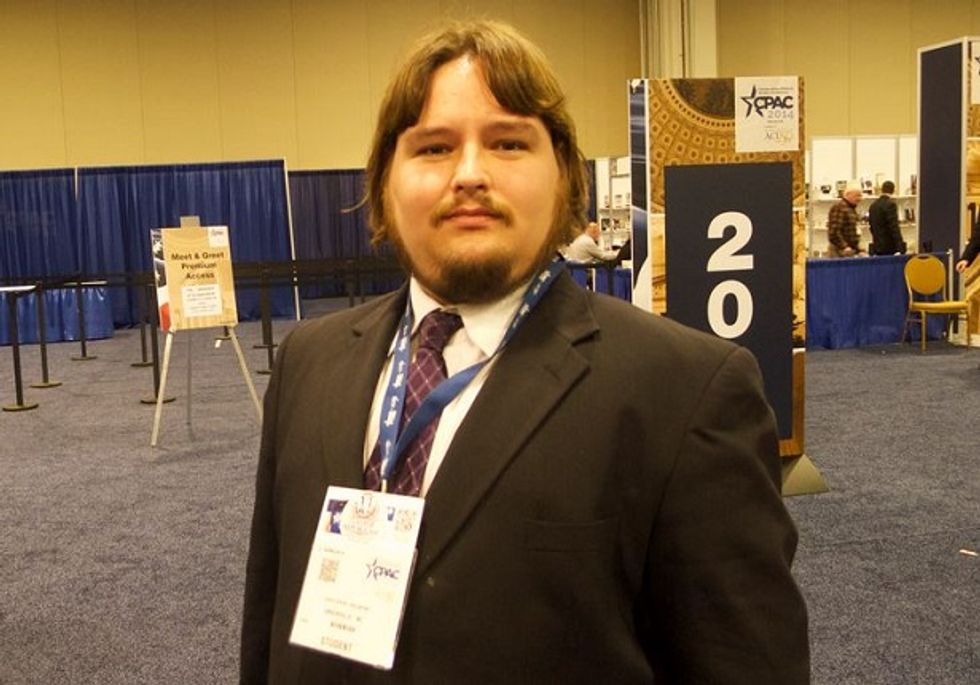