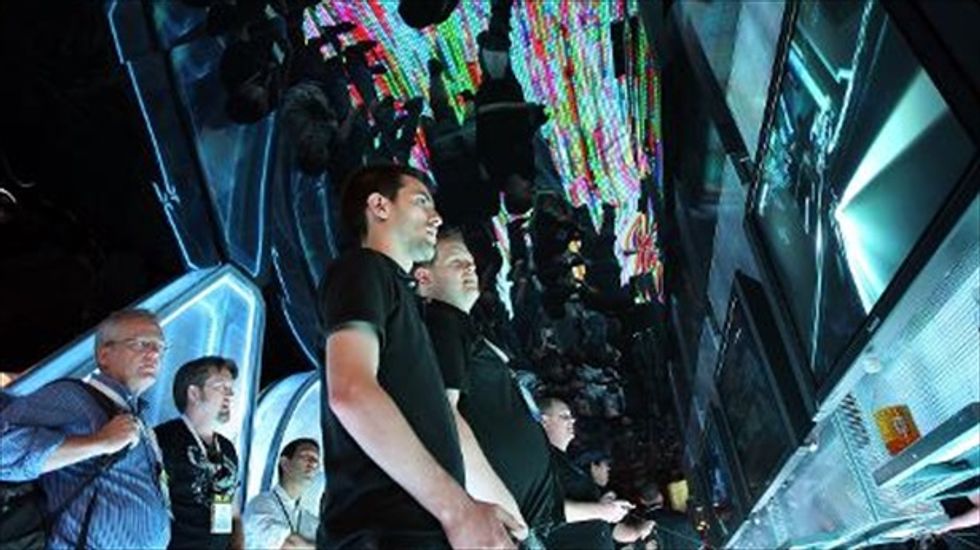 People try out the Disney TRON game at the annual Electronic Entertainment Expo (E3) at the Los Angeles Convention Center on June 16, 2010 [AFP]

Walt Disney Company on Thursday confirmed that it is cutting about a quarter of the workers at its money-losing video game division.

Disney Interactive will trim 700 employees in what the U.S. entertainment titan described as a "global action" aimed at consolidating several lines of business in an effort to focus on a streamlined suite of digital products.

"As a result of this restructuring, we have undergone a reduction in workforce," Disney Interactive said in an email reply to an AFP inquiry.

"These actions were difficult but necessary given our long-term strategy focused on sustainable profitability and innovation."

Video game studios behind titles for play on consoles are facing increasingly pressure from the popularity of play on smartphones, tablets and personal computers.

In December, Walt Disney Company announced that it tapped Twitter co-founder and chairman Jack Dorsey to join its board of directors.

Disney chief executive Robert Iger at the time said that Dorsey brings with him valuable perspective regarding using the latest technologies and platforms to reach more people.

Dorsey was a co-founder of the social networking site Twitter and is credited with writing the first Tweet in 2006. He is also chief executive of Square, which works on innovations in online payment systems.