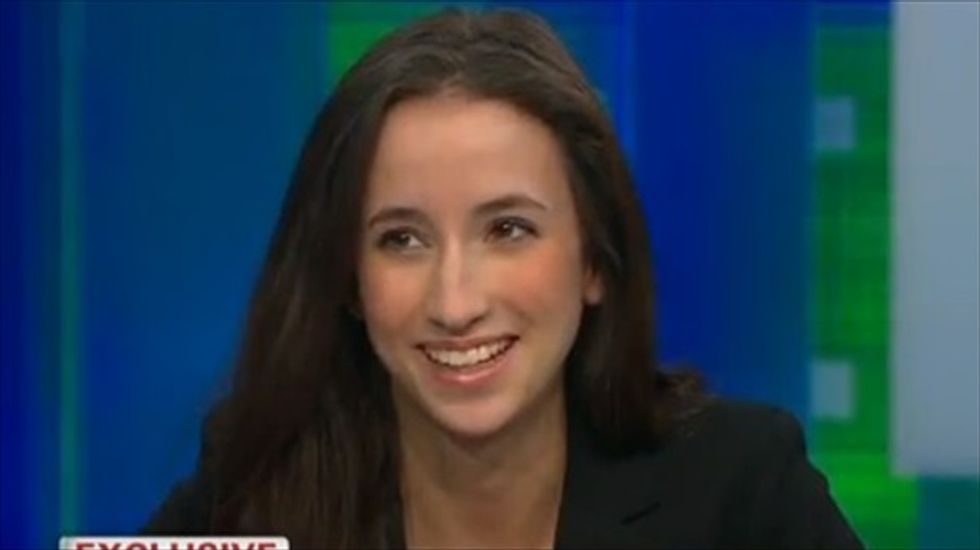 But the student insisted she was not ashamed, and on the contrary enjoys doing it -- while admitting that she would not have chosen that path if it weren't for her $60,000 a year in tuition fees.

North Carolina-based Duke University, one of America's leading colleges, said federal law prohibited it from commenting on individual cases -- but stressed that the student had not broken any of its rules.

"There is no restriction in the Duke Community Standard regarding off-campus employment," university spokesman Keith Lawrence told AFP.

He also stressed that financial help was available to any student who genuinely needs it, saying that more than half of all Duke students receive some kind of funding assistance.

"Duke has one of the most comprehensive financial aid and scholarship programs in the US and is based on a careful review of each student's family circumstances," he said.

"If you want to bully, harass, defame or threaten me from behind a computer screen, remember that NOTHING you do online is truly anonymous," she wrote on her Twitter feed, which includes explicit photos.

"And if there are criminal or civil remedies to enforce and use against you, they will be/are being pursued."

Watch Knox discuss her revealing her work identity in an interview aired on CNN on Thursday below.