Fox host flips after Colbert mocks him: 'Even fake news anchors should have standards' 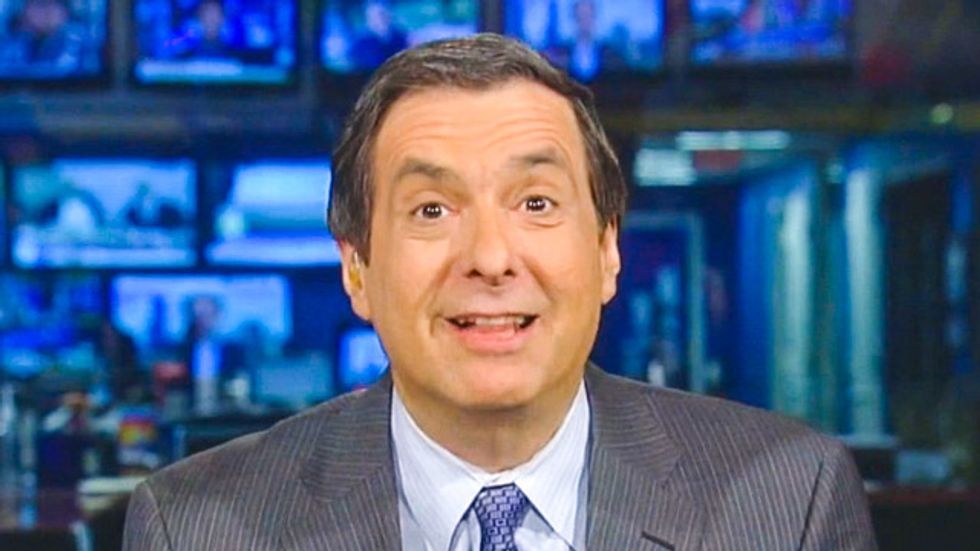 "That's right. Fox news is ready to project that in the 2016 presidential election, Hillary Clinton will be two years older," Colbert said in a segment last month, referring to Kurtz's reporting.

"I mean, come on!" Colbert snarked. "I mean 69? That is old. Like old old. Way too old to be president. I mean she's gonna be almost as old as Reagan was. But remember, those were man years. Men age gracefully, like Robert Redford or a nice leather wallet."

On Sunday, Kurtz used his Media Buzz show on Fox News to fire back at the comedian.

"I asked whether it was fair for commentators to harp on her age!" the Fox News host exclaimed. "I guess that was too nuanced for your black-and-white view of the world."

"So, look, even fake anchors should have standards," Kurtz complained. "You, sir, were not even truthy."

In conclusion, he asked Colbert to invite him on over to Comedy Central to debate the topic.