Fox News guest: It's 'hilarious' when parents give rifles to 6-month-old babies 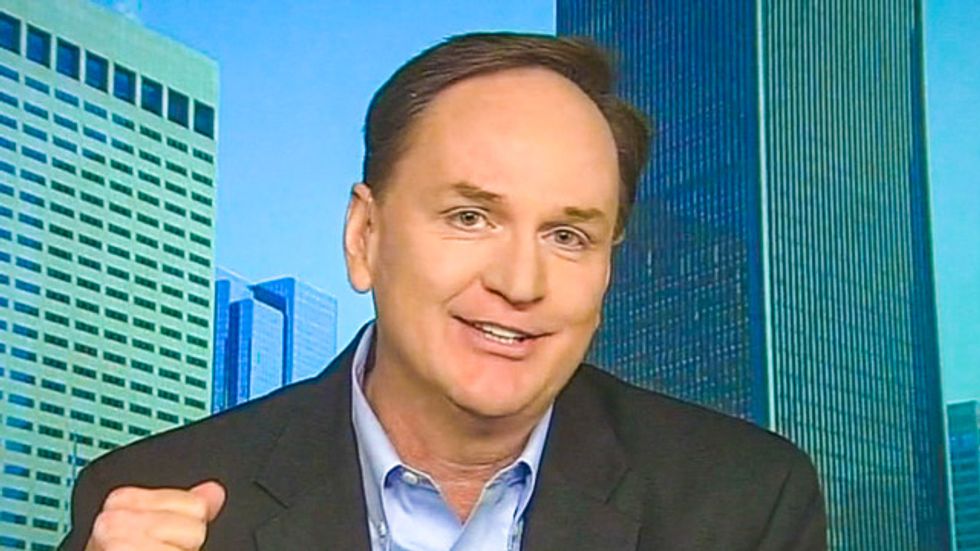 Radio talk show host Michael Graham told Fox News on Monday that people needed to lighten up because a photo of a 6-month-old baby holding a hunting rifle in Connecticut was "hilarious."

Controversy erupted late last month after WTNH reported that father Christopher Duffy had posted a photo on Facebook of his 6-month-old daughter sitting in her car seat with an unloaded bolt-action rifle laying across the child's lap.

"Even the NRA doesn't have pictures of babies with guns on their website," liberal talk show host Leslie Marshall explained to Fox News host Martha MacCallum on Monday. "I don't think this is a good idea, and, more so because it's in the state of Connecticut. I believe this is pouring salt in the wounds of people who that image might conjure up even more bad memories of children [from Sandy Hook Elementary School] who they will mourn for the rest of their lives."

Graham, however, found the photo "very funny," and compared it to the baby in the E-Trade advertisements.

"I bet right now, Leslie has a picture of one of her kids holding a beer bottle," Graham argued.

"You know, this is stuff you do with kids, it's hilarious," Graham insisted. "What this reflects is the absolute anti-gun attitude, particularly in the media and up in the Northeast where I do radio."

Graham went on to tell a story about how he posted of a photo on Facebook of his 14-year-old son firing an "assault rifle."

"I had attack after attack," he said. "You're a horrible parent. How dare you do this? And sure enough, they also played the Sandy Hook card, which is ridiculous. Nobody's thinking about Sandy Hook in that context."

"The 6-month-old is not going to sling the bolt-action rifle over his shoulder and head out for the nearest shopping mall!" Graham exclaimed. "It was just a funny family photo!"

"Well, we all know that the Graham family babies are all pictured with beer bottles in their hands too," MacCallum quipped in conclusion.

Earlier in the show, host Bill Hemmer had felt the need to apologize to viewers after one Fox & Friends host referred to the bolt-action rifle as an "assault weapon."

Watch the video below from Fox News, broadcast March 3, 2014.