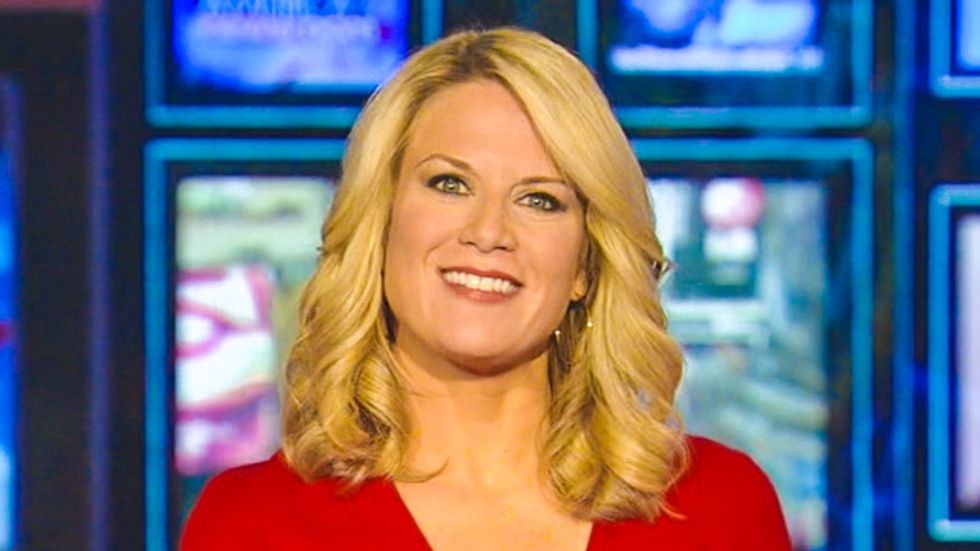 Fox News host Martha MacCallum on Wednesday said that the network was trying to give Democrats and Republicans "equal time" when it aired 7 minutes of Rep. Darrell Issa's (R-CA) press conference, but cut Rep. Elijah Cummings (D-MD) off after only 1 minute.

At the conclusion of House Oversight Committee hearing on the Internal Revenue Service’s improper targeting of groups that were applying for tax-exempt status, Chairman Issa cut the microphones and walked out of the hearing, enraging Cummings, who was still trying to ask questions.

While Cummings continued to shout into the dead microphones, Fox News cut away to Issa's press conference outside the hearing room.

For 7 minutes, the chairman complained about former IRS official Lois Lerner's decision to invoke her Fifth Amendment rights, Cummings' reaction to abrupt adjournment, and he vowed that the investigation would continue.

And then it was Cummings' turn to speak to the press.

"We're up against a break here, but let's listen to some of it," host Martha MacCallum said.

But 40 seconds later, Cummings had his microphone cut again, this time by Fox News.

"We're trying to give equal time to both of these gentlemen here," MacCallum explained before going to commercial.

Watch the video below from Fox News, broadcast March 5, 2014.