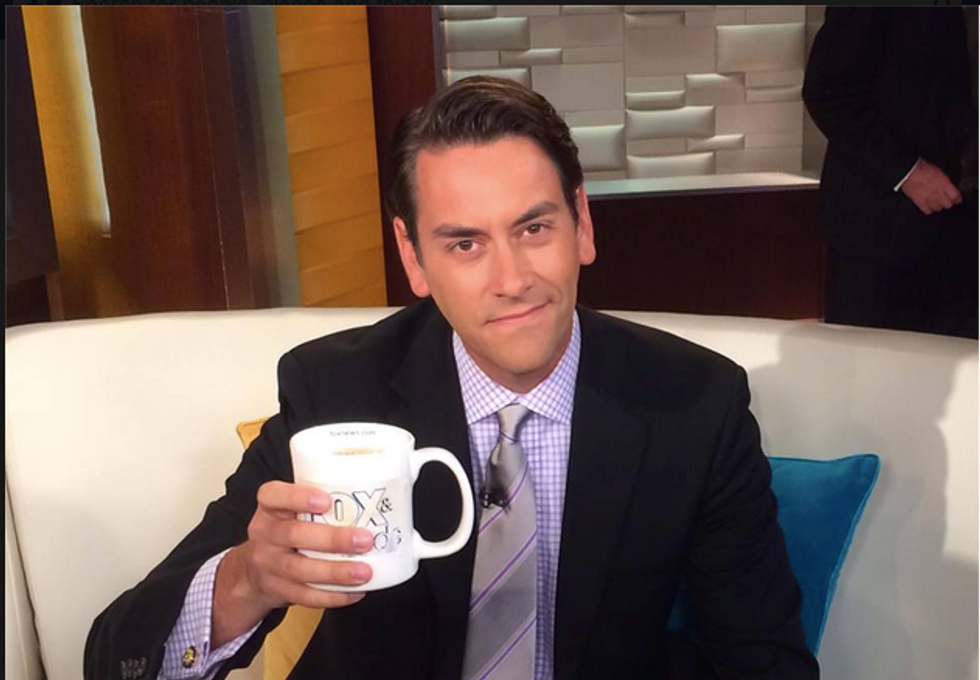 "Fox and Friends Saturday" co-host Clayton Morris offered an apology to members of the intersex community after rude and insensitive remarks he and other Fox hosts recently made.

In the midst of a segment about Facebook's new gender options, Morris looked into the camera and jokingly declared, "I changed mine to 'intersexed.'"

The joke wasn't particularly funny to many people. Fusion TV's Alicia Menenez offered to Google "intersex" for the Fox staff, finding that it is defined as “a general term used for a variety of conditions in which a person is born with a reproductive or sexual anatomy that doesn’t seem to fit the typical definitions of female or male."

“’Fox and Friends’ and enemies,” said Menendez, "you are totally right. That is hilarious and not at all complicated or sensitive."

On Saturday, Media Matters reported that Morris said, "There are millions of Americans and children who are born with the sexual organs who are not there or are not fully developed and therefore don't define themselves by a particular gender. I mean, that's a fact. It's not as black and white as we would like to make it."

"Just put yourself in the shoes of those children, though, who have to deal with that," he continued. "Look, I made a pretty ignorant statement a few weeks ago, we were talking about the Facebook story where they added the bunch of different gender-identifying things. And I made sort of an offhanded comment and I regretted it later because now, 'Wait a second. There are people who are actually dealing with this and I'm an idiot for saying something stupid like that.' So before you open your mouth, just think about it a little bit."

Carlos Maza at Media Matters wrote, "Morris' comments are extremely uncharacteristic for Fox News, which has never missed an opportunity to mock and demean people with different gender identities. Morris demonstrated a degree of empathy and willingness to accept criticism rarely seen on his network. He deserves to be commended, and his colleagues who have yet to apologize could do a lot of good by following his lead."

Watch video about this story, embedded below via Media Matters:

[image of Clayton Morris via Facebook.com]