George P. Bush and the U.S. obsession with political dynasties 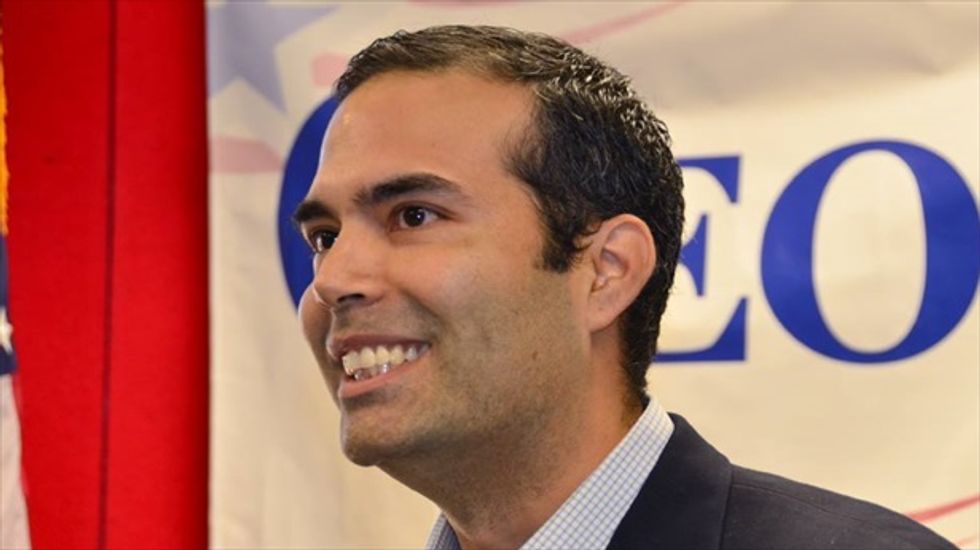 The most talked about names of potential candidates for the 2016 U.S. presidential election are those of former presidents

For a nation that constitutionally bans inherited power, America has always had a soft spot for political royalty. So it came as no surprise that when George P Bush won the Republican primary for the little-known but powerful position of Texas land commissioner last week, it attracted national attention.

The relative of two former presidents, he is already the subject of speculation as to whether he too may one day lead his country from the White House.

From the early days, when John Quincy Adams, the nation's sixth president, was the son of its second, political brand names have endured in America. The most talked about names of potential candidates for the 2016 presidential election are those of former presidents, even if Hillary Clinton and Jeb Bush, brother of George W and son of Bush Sr, have yet to declare an interest in running.

Barbara Kellerman, leadership specialist at Harvard University's John F Kennedy School of Government, believes several factors are at play in the nation's continuing obsession with political dynasties. The cult of celebrity, the electoral system and nostalgia for bygone days all play a role, she says.

The nature of the electoral system "is about the individual not the party", says Kellerman. "It used to be in back rooms but now it is in primaries. There are a very small number of people voting in primaries and they tend to vote for people they know.

"We are quite nostalgic," she adds, "and the name of George Herbert Walker Bush – president number 41 – was a time of relative gentility. The names of Bush and Clinton remind us that we are quite centrist in America. That it is not all Ted Cruz, but we have centrist politicians."

For that reason, she said, "if Jeb Bush runs he will lend his discourse more on his father than on his brother".

Kellerman, the author of several books, including All the Presidents' Kin: Their Political Roles, singles out the Kennedy dynasty, which has spawned senators, a president and ambassadors, including Caroline Kennedy, the current U.S. ambassador to Japan, as proof of the culture of celebrity in politics.

According to a 2009 study on U.S. political dynasties, between 1966 and 1996 about 10% of the members of U.S. Congress had relatives enter Congress ahead of them. More recently, Time, writing about the chances of former vice-president Dick Cheney's daughter Liz in the Republican senate primary in Wyoming (before she later dropped out), reported: "There are 37 current members who have a relative who served in Congress."

What is more difficult, he said, is to assess the reason behind it. "There are alternative theories. One is that it is like a brand name. There was a study in Argentina that looked at relatives of politicians who had the same name and ones without the same name. You can compare nephews, for instance, from different sides of the family. They found there was a value in the name.

"The last name tells you that they are related, something about the family characteristics.The public know this politician has a reputation to protect."

Russ Baker, author of Family of Secrets, The Bush Dynasty, America's Invisible Government and The Hidden History of the Last 50 Years – says that the reliance on political brand names in the US is partly driven by voter apathy.

"It's different for different strata of society. We are extremely jealous of the British and their Royal family, and although we have the idea of being able to rise from nothing, we are hung up on status. We crave the fantasy of royalty, we think its ennobling. We like the Kennedys and the Bushes and the Clintons.

"For average people, these families give us a sense of security. If we don't question what they actually stand for, then we don't have to actually feel guilty about our apathy."

The other big interest in American political royalty, says Baker, comes from wealthy businessmen who donate to candidates in return for political favours.

"They know the money that enables them to get elected can be repaid," he says.

It is notable, he adds, that "George P Bush is land commissioner – they have control over assets and mineral rights of a state that is larger than most European countries".

"Money is the key. So is celebrity. The media is looking to give people what they want and what they want is dancing with the stars. Why bother looking at the substance of what these people are, what their values are?" asks Baker.

"Nepotism is very much alive in America. Just look at those who get handed jobs on our news sites. It's like everything has got to have a child of one of these political dynasties."