Hawaii lets on-duty cops have sex with prostitutes, and police want to keep it that way 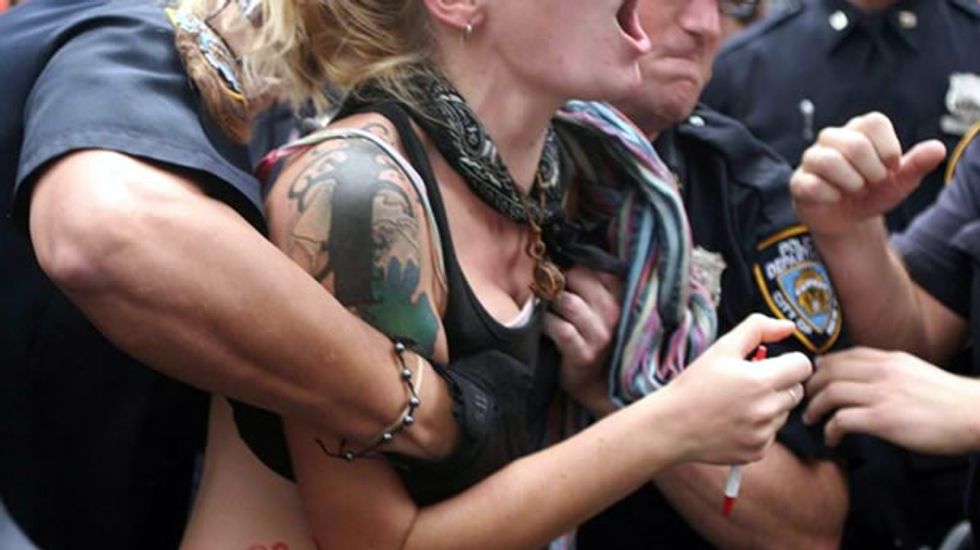 Police officers in Hawaii are lobbying lawmakers not to repeal a statute that allows them to have sex with prostitutes during the course of legitimate investigations.

Authorities claim that they need the legal protection afforded them by penal code statute §712-1200.5, which states that the legal definition of prostitution -- "[a] person commits the offense of prostitution if the person engages in, or agrees or offers to engage in, sexual conduct with another person for a fee" -- does "not apply to any member of a police department, a sheriff, or a law enforcement officer acting in the course and scope of duties."

Honolulu Police Major Jerry Inouye recently told the House Judiciary Committee that "[t]he procedures and conduct of the undercover officers are regulated by department rules, which by nature have to be confidential, because if prostitution suspects, pimps and other people are privy to that information, they're going to know exactly how far the undercover officer can and cannot go."

He declined, however, to indicate how often the exemption is used.

A spokeswoman for the Honolulu Police Department, Michelle Yu, wrote in an email to The Associated Press that "[a]ll allegations of misconduct are investigated and the appropriate disciplinary action taken." It is unclear what the "appropriate disciplinary action" would be, or whether any officers have been disciplined for on-duty behavior because of Hawaii's strict disclosure laws when it comes to police misconduct.

Derek Marsh, the former co-chair of the Orange County Human Trafficking Task Force, called the statute "antiquated at best," adding that "[i]t doesn't help your case, and at worst you further traumatize someone. And do you think he or she is going to trust a cop again?"

Lauren Hersh, a former prosecutor who now runs the global trafficking program at Equality Now, told the Associated Press that "I can understand you're in a drug den, and you have a gun to your head and someone says 'snort this,'" but that the Hawaiian statute is "so dissimilar from that circumstance on so many levels" that the comparison -- oft-cited by Hawaiian law enforcement officials -- isn't even apt.