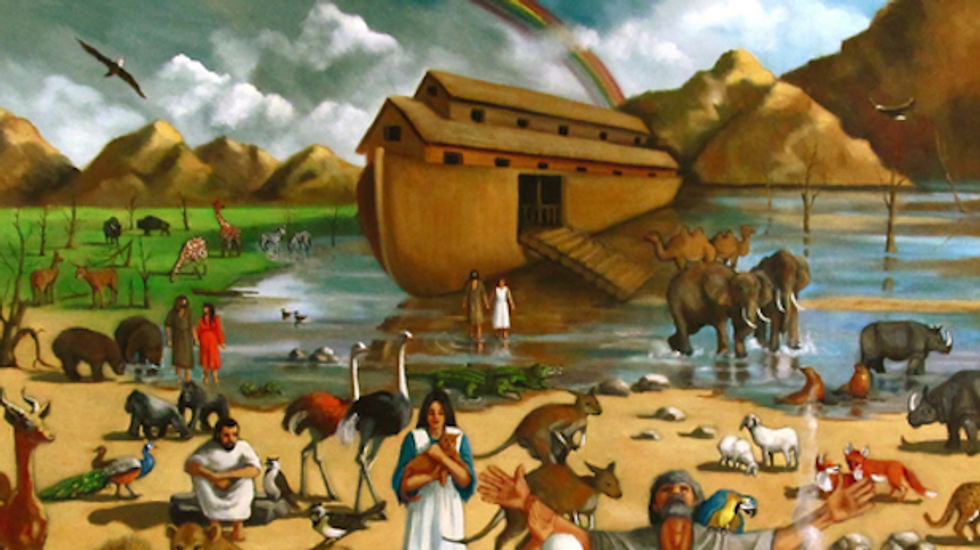 Painting of Noah and the Ark After the Flood (Shutterstock)

CAIRO (Reuters) - Three Arab countries have banned the Hollywood film "Noah" on religious grounds even before its worldwide premiere and several others are expected to follow suit, a representative of Paramount Pictures told Reuters on Saturday.

Islam frowns upon representing holy figures in art and depictions of the Prophet Mohammad in European and North American media have repeatedly sparked deadly protests in Islamic countries over the last decade, fanning cultural tensions with the West.

"Censors for Qatar, Bahrain and the UAE (United Arab Emirates) officially confirmed this week that the film will not release in their countries," a representative of Paramount Pictures, which produced the $125 million film starring Oscar-winners Russell Crowe and Anthony Hopkins, told Reuters.

"The official statement they offered in confirming this news is because 'it contradicts the teachings of Islam'," the representative said, adding the studio expected a similar ban in Egypt, Jordan and Kuwait.

The film will premiere in the United States on March 28.

[Painting of Noah and Ark by Shutterstock]