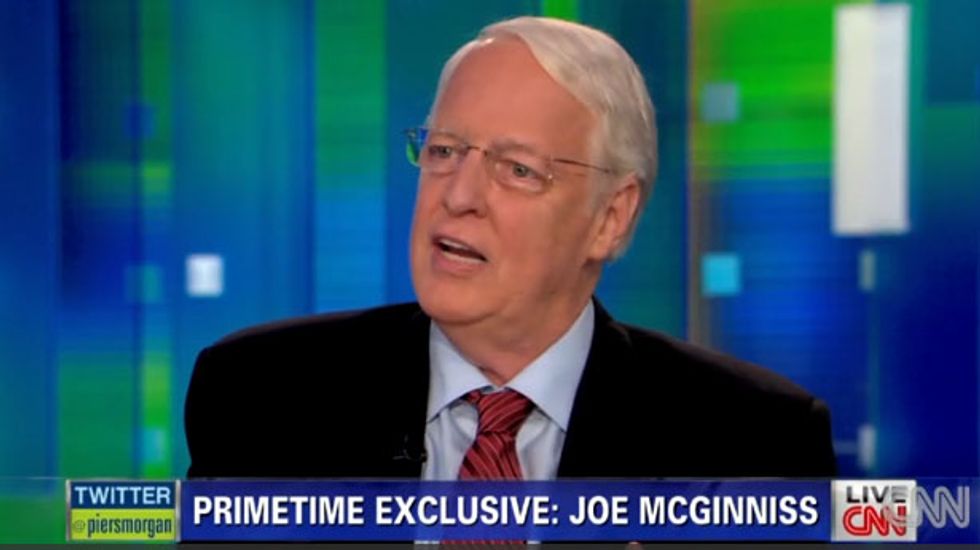 Controversial US author Joe McGinniss, who pushed the boundaries of journalistic convention, at times becoming nearly as notorious as his subjects, has died. He was 71.

News reports said McGinniss passed away Monday at a hospital in Worcester, Massachusetts.

The writer's death was confirmed on his Facebook page, which for months offered a running account of his losing battle with prostate cancer.

He first made his mark as a writer in a groundbreaking, behind-the-scenes exploration of Richard Nixon's successful White House run, "The Selling of the President 1968."

The New York Times wrote as recently as 2011 that the 1969 work -- a study in the Republican president's use of television during his campaign -- "remains a tour de force of reporting and analysis, as relevant today as when it first appeared."

During a career that spanned several decades, McGinniss also penned works about US political luminaries Ted Kennedy and Sarah Palin, among others.

The book was written with the cooperation of its sociopathic subject, an army doctor who eventually was found guilty of murdering his pregnant wife and two daughters.

Journalism ethicists said the work was morally compromised however, because McGinniss had elicited the cooperation of his subject by pretending he believed in his innocence long after he became convinced of his guilt.

"Fatal Vision," along with two other of his popular crime bestsellers -- "Blind Faith" and "Cruel Doubt" -- were made into television miniseries.

In 2010, McGinniss achieved new notoriety when he rented a house next door to Palin's Alaska home so that the could work on an unauthorized biography about her.

"The Rogue: Searching for the Real Sarah Palin," an unflattering portrait of the conservative political darling and unsuccessful 2008 Republican vice presidential candidate, was published in 2011.

It was his 11th and final book.

McGinniss said on his website that his aim had been to write a book that "traces Palin's curious rise to political prominence and worldwide celebrity status" while also exposing "the messy reality beneath the glossy Palin myth."