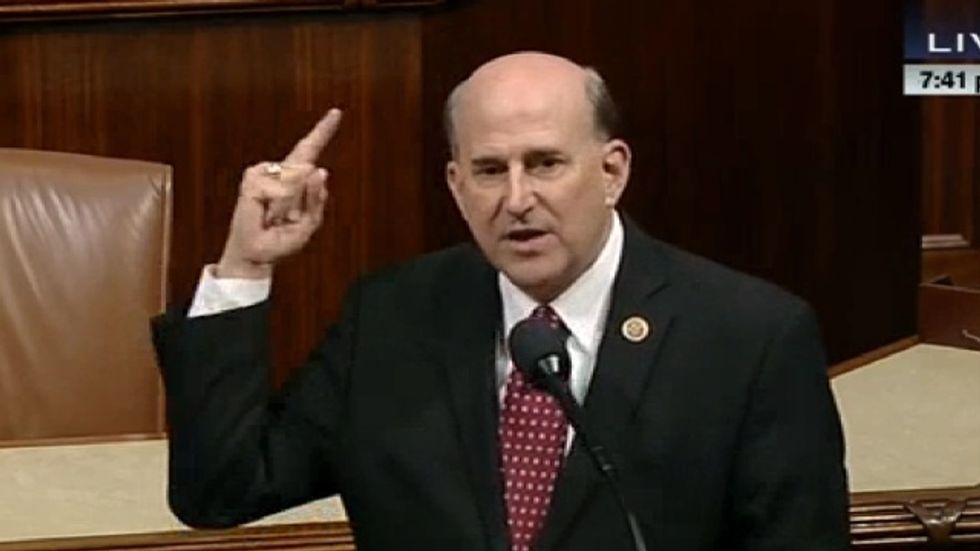 During a floor speech on Monday night, the Texas Republican said that it was time to "set the record straight" on Palin's widely-mocked remarks.

In a 2008 interview with ABC's Charles Gibson, Palin had claimed that she was prepared to deal with Russia because "you can actually see Russia from land here in Alaska, from an island in Alaska."

That interview was later lampooned by Saturday Night Live's Tiny Fey, who changed the line to "I can see Russia from my house."

"I just wanted to set the record straight so people will understand and the Congressional Record will properly reflect how prescient that Sarah Palin has been in the past," Gohmert explained on the House floor.

He then read both the quotes from Palin and Fey into the Congressional Record.