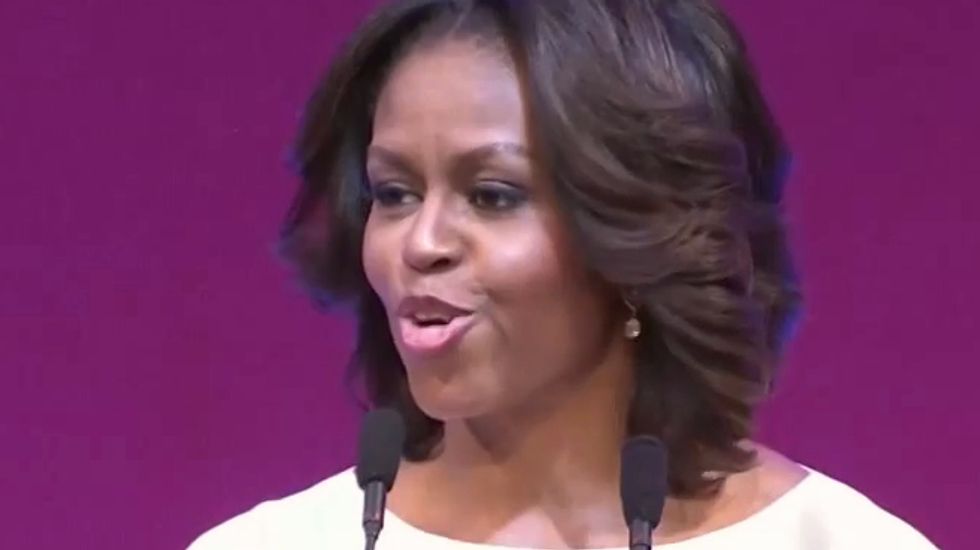 U.S. first lady Michelle Obama told an audience of college students in the Chinese capital on Saturday that open access to information - especially online - is a universal right.

But Obama stopped short of calling on China to offer its citizens greater freedoms on a visit in which she is expected to steer clear of more complicated political issues, but rather try to build goodwill through soft diplomacy.

"It is so important for information and ideas to flow freely over the internet and through the media," Obama said told an audience of about 200 U.S. and Chinese students at Beijing's prestigious Peking University.

"My husband and I are on the receiving end of plenty of questioning and criticism from our media and our fellow citizens, and it's not always easy," she added. "But I wouldn't trade it for anything in the world."

Censorship in Chinese news media and online is widespread, and internet users in the country cannot access information about many controversial topics without special software to circumvent restrictions.

The United States frequently criticizes China's human rights record, including its lack of protection of freedom of speech.

Obama, a Harvard-educated lawyer, is focusing on promoting education and cultural ties during the week-long trip, and will also visit the Great Wall, the historic city of Xi'an, and the southern city of Chengdu along with her mother and two daughters.

Former U.S. first ladies Laura Bush and Hillary Clinton both criticized other countries' human rights records on trips abroad while their husbands were in office.

U.S. Ambassador to China Max Baucus also touched on internet freedom on Saturday in remarks to the students before Obama's speech.

"Between texting, Twitter, Facebook, and Snapchat we're all interconnected," he said, describing how technology enables better communication between cultures.

You can watch highlights from Michelle Obama's speech at Peking University below: