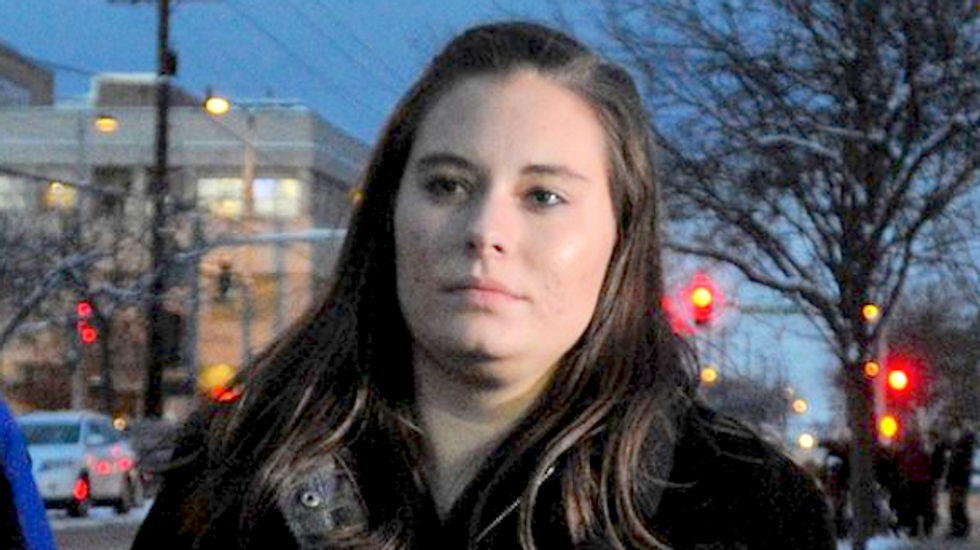 A Montana bride who shoved her husband off a cliff at Glacier National Park was sentenced to 30 years in prison on Thursday after a federal judge denied her request to withdraw her guilty plea to a charge of second-degree murder.

Attorneys for Jordan Graham, 22, had sought to rescind a guilty plea she entered in December, saying prosecutors were overreaching by seeking a life sentence and reneging on an agreement that they expected would involve less prison time.

But U.S. District Judge Donald Molloy denied the request at a hearing in Missoula, and later sentenced Graham to 30 years in prison with no chance for early parole, followed by five years of supervised release.

"Jordan Linn Graham didn't have the human capacity to feel the wrongfulness of what she'd done, to seek help or even tell his (her husband's) mother," Molloy said.

Graham has admitted in court to pushing her husband of eight days off the edge of a cliff last July. She said that on the day he died, the newlyweds had driven to the Montana park and walked down to an embankment on the cliff face, where she told him she wasn't happy and "wasn't sure we should be married."

Her husband, 25-year-old Cody Johnson, responded by grabbing her hand, she said.

In exchange for Graham pleading guilty to second-degree murder in a deal struck just as closing arguments were due to begin in the high profile case, prosecutors dropped a first-degree murder charge, which carries a mandatory life sentence.

Before sentence was pronounced, Johnson's mother, two uncles and an aunt called on the judge to put Graham behind bars for life.

"Today and every day I have a broken heart, Cody is my only child," said his mother, Sherry Johnson. "I believe life in prison for Jordan is fair."

Graham, wearing a skirt and sweater, broke down in tears before sentencing as she began her address to the judge, saying she still loved the husband she killed.

"A day doesn't go by I don't think about what happened and why I didn't make different decisions," she said. Turning briefly toward Johnson's mother, Graham apologized to her.

Prosecutors had argued a life sentence was warranted, given the seriousness of the crime, Graham's lack of remorse and the "mental preparations" she made before killing Johnson during a marital dispute while hiking a steep trail at Glacier.

"This was a crime committed by someone clear-thinking, who decided to push her husband off a cliff," Assistant U.S. Attorney Zeno Baucus said. "It doesn't get more heinous."

Johnson told acquaintances on the morning of his death that Graham had planned a "surprise" for him that evening, Baucus wrote in legal documents.

The judge said Graham, who fabricated an email message to herself from a supposed friend of her husband in an attempt to present his death as an accident, initially lied to investigators.

She took responsibility only after the FBI showed her surveillance footage of her entering the park.

"I kept waiting for her to say she was sorry for killing Cody," Molloy said. "I didn't hear that."

Molloy's sentence prohibits Graham and her family from profiting from the facts or circumstances of the case, such as in books or television appearances.

He also ordered her to pay nearly $20,000 in restitution, including the cost of a helicopter to recover Johnson's body.