New U.S. guidelines could put most Americans on cholesterol-lowering drugs 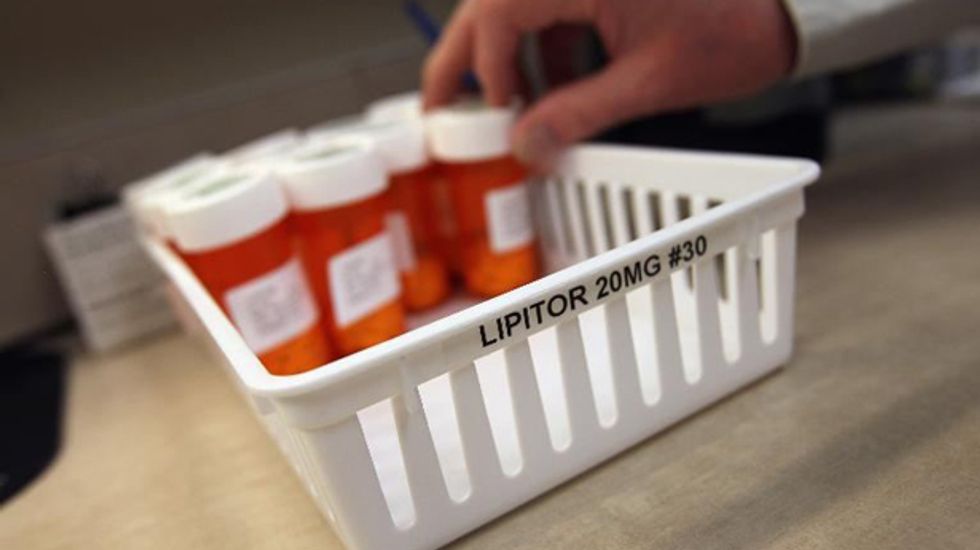 Nearly every male and most women over 55 could fall under new US guidelines for who should take cholesterol lowering drugs, researchers said Saturday, stirring fresh controversy in the medical world.

If applied to a group of 5,000 otherwise healthy people over that age in The Netherlands, 96 percent of men and two thirds of women could be prescribed some sort of statin, said the study in the Journal of the American Medical Association.

That is far more than would be allocated under European guidelines, raising new questions about how popular drugs like Lipitor (atorvastatin) and Zocor (simvastatin) are prescribed, why, and to whom.

Issued in November, the new US guidelines call for more adults without heart disease to consider taking the medications in order to prevent future health problems -- namely adults with a 7.5 percent or higher risk of a heart attack or stroke in the next 10 years.

In 2002, the federal guidelines said statins should only be taken by people if they had a higher than 20 percent risk of heart disease in the coming decade.

At a jam-packed session of the American College of Cardiology meeting Saturday, doctors insisted that America is not trying to "statinize" the world.

"No. This is conversation-starting material," Sanjay Kaul, a leading cardiologist at Cedars-Sinai told a room full of colleagues as he and other panelists fielded questions about how to prescribe statins to patients at varying levels of risk.

"I think we need to remind ourselves we should not treat these as iron-clad rules. These are guides."

Statins can help prevent heart disease by lowering cholesterol in the blood and keeping the heart and arteries free of plaque buildup that can lead to stroke or heart attack.

The new American Heart Association guidelines mean 56 million people in the United States may be candidates for the drug therapy, up from 43 million under the previous 2001 guidelines, according to research published earlier this month in the New England Journal of Medicine.

Kaul said this should not be a worrying trend, since the new guidelines align with evidence of the positive benefits.

"To me it is sign that process has evolved. It has become more objective, more dispassionate and less conflicted."

But vastly different ways of accounting for heart risk -- including such factors as family history, age, obesity, diet and high blood pressure -- mean that guidelines in the US and Europe can offer starkly different outcomes.

Researchers in The Netherlands reported that aside from almost every man, 66 percent of women in the Rotterdam study would be urged to take a statin according to US guidelines.

Far fewer would under guidelines from the European Society of Cardiology -- just 66 percent of men and 39 percent of women were included in the category where treatment was recommended.

The gap results in "substantial differences in proportions of individuals qualifying for treatment at a population level," said the JAMA study, led by Maryam Kavousi of Erasmus MC-University Medical Center.

The most serious side effect of statins is diabetes, though some people also report muscle weakness, weight gain and memory loss.

Earlier this week, researchers said statins may also have the beneficial side effect of helping fight erectile dysfunction in older men.

Doctors should take care to encourage patients to engage in exercise and healthy eating, too, said Christie Ballantyne, cardiologist and professor at Baylor College of Medicine.

As Ballantyne surveyed the crowd as to how they would treat a hypothetical patient, either with moderate or intensive statin therapy, he asked them to consider how they would approach the matter if it were their own health at stake.

"I would favor the intensive therapy," he said. "I'm an enthusiast."