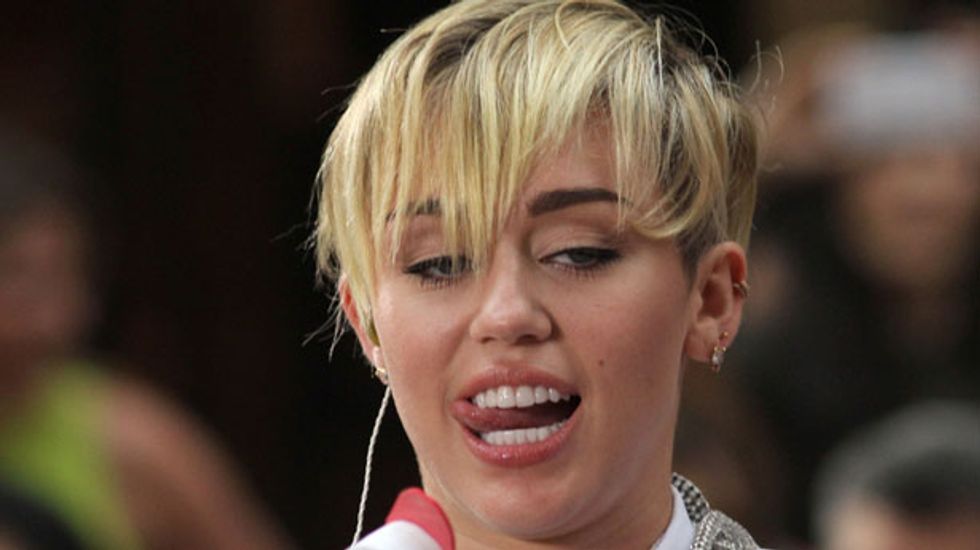 A university in New York state has announced a course on the sociology of Miley Cyrus. Assistant professor Carolyn Chernoff will use the twerking pop star as "a lens into cultural conflict", exploring race, class, gender and the "core issues of intersectionality theory".

As of yesterday, only three students had registered for The Sociology of Miley Cyrus: Race, Class, Gender and Media at Skidmore College, the Schenectady Daily Gazette reported. But Chernoff has high hopes for this summer class, which will consist of three two-and-a-half-hour sessions each week. "Miley Cyrus is a surprisingly complicated cultural moment," she explained. "I created [the course] as a creative and rigorous way of looking at what's relevant about sociology and sociology theory."

The idea was born last summer, following Cyrus's controversial performance at the MTV VMAs. This was "the twerk heard round the world", Chernoff said. "All of a sudden, my students who claimed to be not that interested in Miley Cyrus had so much to say." From there, Chernoff drafted a lecture for Skidmore's Centre for Sex and Gender Relations, presented in January, titled The Rise and Fall of Miley Cyrus.

According to Chernoff's course description, Cyrus is not just a chart-topping, tongue-flaunting, occasionally "degrading" 21-year-old: she is also a locus for discussions of appropriation, queerness, gender stratification and the "hyper-commodification of childhood". "Miley is sometimes seen as a wild, terrible she-beast," Chernoff told the Saratogian. Like Britney Spears and Christina Aguilera, her fellow former Disney stars, Cyrus has "had to rebrand [herself] as [a] wild, crazy, sexual being" … This ties into the whole virgin/whore dichotomy."

If it isn't already obvious, Chernoff has no intention to let lazy Miley fans breeze through her class. "Sorry, dudes, but this is sociology," she said. "Learn to twerk on your own time." Other schools have already offered rigorous courses on Beyoncé and Jay-Z, and universities have a long tradition of teaching students about older "pop" stars, such as Wolfgang Amadeus Mozart and Duke Ellington. Still, Miley seems different – if only because she is so young and so contemporary. Perhaps, like Kanye West, she will drop in for a guest lecture. "She may well find out [about it]," Chernoff said. "We'll see what happens."