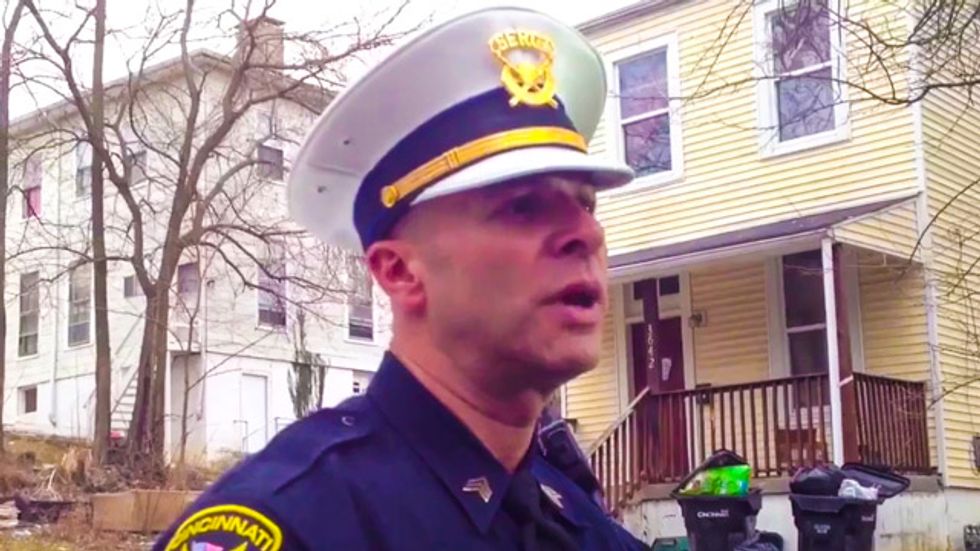 An 8-year-old boy in Ohio died over the weekend after being shot by his older brother who found a loaded handgun, but thought it was a BB gun.

According to the Cincinnati Enquirer, Cincinnati Police Department officials determined that the boys were visiting their uncle on Saturday when the shooting occurred.

"We walked in through the front door here that's in to the kitchen area and the child was laying on his back with a gunshot wound to the chest. He was conscious and alert at that time," Cincinnati police Sgt. Jim Perkins told WXIX.

The gunshot victim died shortly after being rushed to a nearby hospital.

Lt. Don Luck recalled that one sibling "kept telling the story of how it happened, over and over again."

The shooting has been classified as a homicide, but authorities said that they believed it was an accident. An investigation was ongoing.

“I think everyone is pretty much upset considering the circumstances and at this point we don’t know where the adult was inside the house and that’s why we’re conducting the investigation at this time,” Perkins pointed out.

Watch the video below from WLWT, broadcast March 1, 2014.