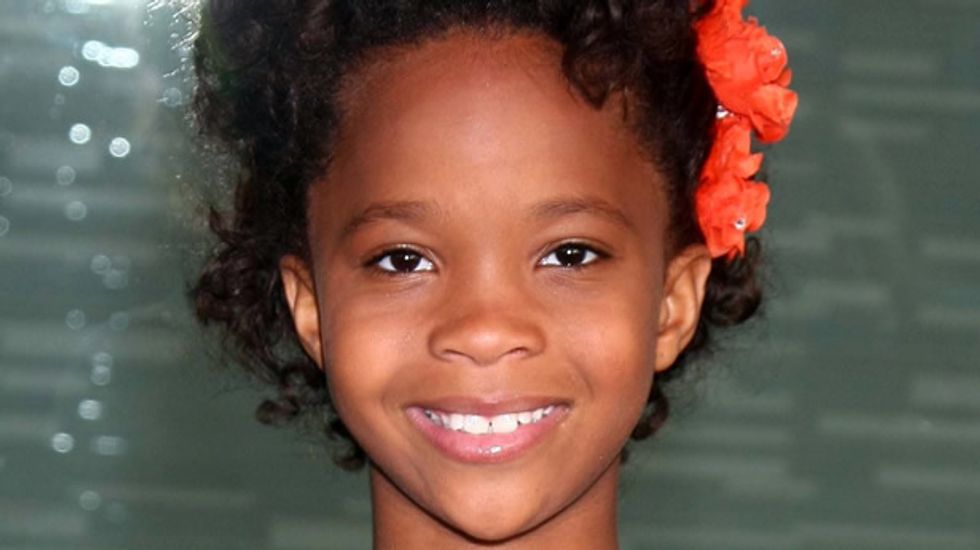 Yesterday, Matthew Eliot cataloged Twitter responses to the trailer for the remake of Annie, which features Oscar-nominated actress Quvenzhané Wallis in the titular role and Jamie Foxx as "Benjamin Stacks."

No, we kid. Some merely expressed surprise:

#ANNIE is black? IN WHAT WORLD.

I don't like this remake of Annie. There can't be a black Annie.

But, of course, these racists aren't racist!

@slutwhoreputa lololol you're calling me racist? You don't know shit about me.

Nor do they have "problems with black people":

They turned Annie black. I have no problems with black people. I have a problem with a non-ginger Annie

Unless, that is, they're playing traditionally white characters:

Black Annie...? No... Annie always will be and always should be a ginger! #notracist just traditional

And some are even more traditional than others:

They're redoing the Annie movie and making the little girl black. The fuck gonna be going on next? A black snow white????

She is "the whitest of them all," after all. Why, a black "Annie" would be like:

A black Annie- really? should we now have a white Aunt Jemima?

Besides, Annie is supposed to be cute:

We apologize for ruining your day.

Watch the official trailer for the remake of Annie below.