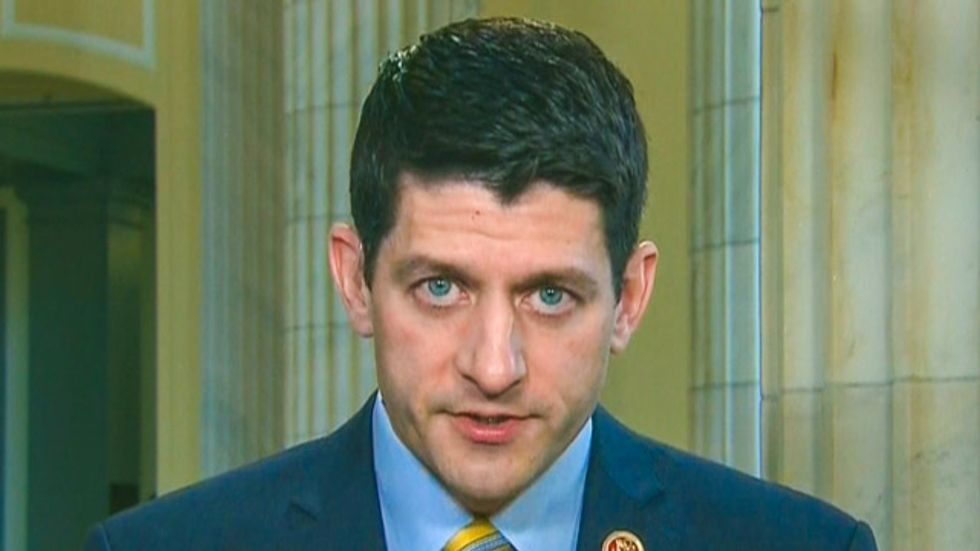 Rep. Paul Ryan (R-WI) shocked CNN host Kate Bolduan on Wednesday when he asserted that Congress and President Barack Obama could solve the crisis in Ukraine by approving the Keystone XL pipeline.

The Wisconsin Republican began his interview saying that he did know if he agreed with Sen. Lindsey Graham (R-SC) that the president's response to terrorist attacks in Benghazi were to blame for Russia's invasion of Ukraine's Crimean Peninsula.

"First of all, who is to blame for this? Vladimir Putin," Ryan said. "My argument is that... we have projected weakness in our foreign policy, and now in our defense policy with out military budget the president's proposing."

"I think when you have the world's super power, having a foreign policy that in my opinion is weak, and a defense policy now that shows weakness, I think it invites aggression," he added. "I think it creates a vacuum that is filled by these types of actions."

Bolduan pressed Ryan on what Congress could do in response to international crisis.

"Moving forward with the Keystone pipeline!" Bolduan exclaimed. "That development would take years, though, to actually make that happen."

Ryan argued that the controversial pipeline would be a "signal" to Russia.

"The signal is very, very important," he declared. "And I think showing that this [invasion] is going to make us move in that direction helps give our allies the kind of resources they need, and reduces Russia's grip on this."