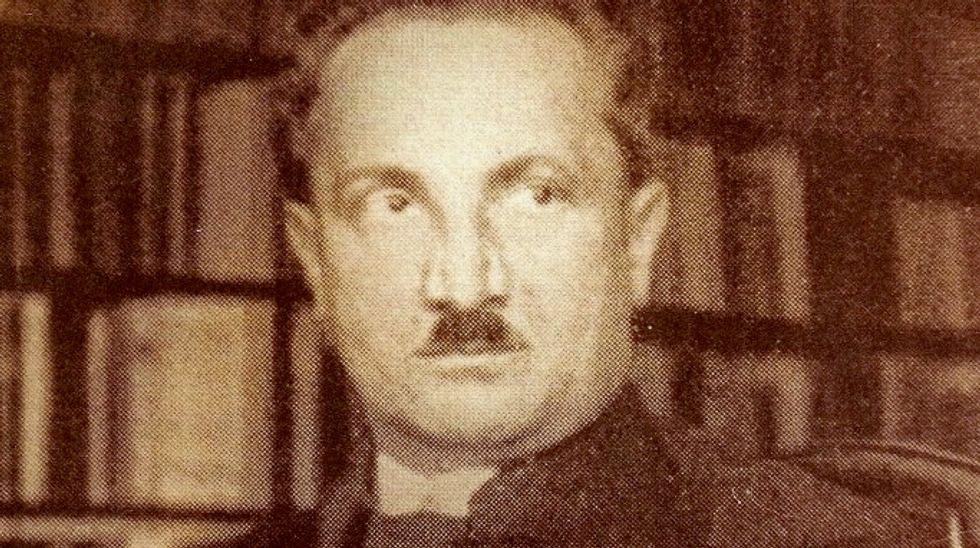 He is widely regarded as one of Europe's most influential 20th century philosophers whose writings inspired some of the important thinkers of the modern era. But almost four decades after Martin Heidegger's death, scholars in Germany and France are asking whether the antisemitic tendencies of the author of Being and Time ran deeper than previously thought.

The philosopher's sympathies for the Nazi regime have been well documented in the past: Heidegger joined the party in 1933 and remained a member until the end of the second world war. But antisemitic ideas were previously thought to have tainted his character rather than touched the core of his philosophy – not least by Jewish thinkers such as Hannah Arendt or Jacques Derrida, who cited their debt to Heidegger.

This week's publication of the "black notebooks" (a kind of philosophical diary that Heidegger asked to be held back until the end of his complete work), challenges this view. In France the revelations have been debated vigorously since passages were leaked to the media last December, with some Heidegger scholars even trying to stop the notebooks' publication.

In Germany, one critic has argued that it would be "hard to defend" Heidegger's thinking after the publication of the notebooks, while another has already called the revelations a "debacle" for modern continental philosophy – even though the complete notebooks were until now embargoed by the publisher.

The most controversial passages of the black notebooks are a series of reflections from the start of the second world war to 1941. While distancing himself from the racial theories pursued by Nazi intellectuals, Heidegger argues that Weltjudentum ("world Judaism") is one of the main drivers of western modernity, which he viewed critically.

"World Judaism", Heidegger writes in the notebooks, "is ungraspable everywhere and doesn't need to get involved in military action while continuing to unfurl its influence, whereas we are left to sacrifice the best blood of the best of our people".

In another passage, the philosopher writes that the Jewish people, with their "talent for calculation", were so vehemently opposed to the Nazi's racial theories because "they themselves have lived according to the race principle for longest".

The notion of "world Judaism" was propagated in the Protocols of the Elders of Zion, the notorious forgery purporting to reveal a Jewish plan for world domination. Adolf Hitler stated the conspiracy theory as fact in Mein Kampf, and Heidegger too appears to adopt some of its central tropes.

"Heidegger didn't just pick up these antisemitic ideas, he processed them philosophically – he failed to immunise his thinking from such tendencies," the notebooks' editor, Peter Trawny, told the Guardian.

The notebooks also show that for Heidegger, antisemitism overlapped with a strong resentment of American and English culture, all of which he saw as drivers of what he called Machenschaft, variously translated as "machination" or "manipulative domination".

In one passage, Heidegger argues that like fascism and "world judaism", Soviet communism and British parliamentarianism should be seen as part of the imperious dehumanising drive of western modernity: "The bourgeois-Christian form of English 'bolshevism' is the most dangerous. Without its destruction, the modern era will remain intact."

In an almost playful dig at English culture, he writes: "What, other than engineering and metaphysically paving the way for socialism, other than commonplace thinking and tastelessness, has England contributed in terms of 'culture'?"

Trawny, who is also director of the Martin Heidegger Institute, said he was "shocked" when he discovered the antisemitic passages a year and a half ago, but decided to go ahead with their publication in spite of the potential damage they could cause to the philosopher's legacy. "I still think you can engage with Heidegger constructively," he said. "These revelations will help that process."

Other philosophers have argued that the new revelations do not amount to a "smoking gun" of antisemitism, and should not lead to a dismissal of Heidegger's other writings even if they did. "Philosophy is about learning to be aware of problems in your own thinking where you might not have suspected them," said the British philosopher Jonathan Rée about the black notebooks.

"The best of what Heidegger wrote – indeed the best of philosophy in general – is not an injunction to agree with a proffered opinion, but a plea to all of us to make our thinking more thoughtful."