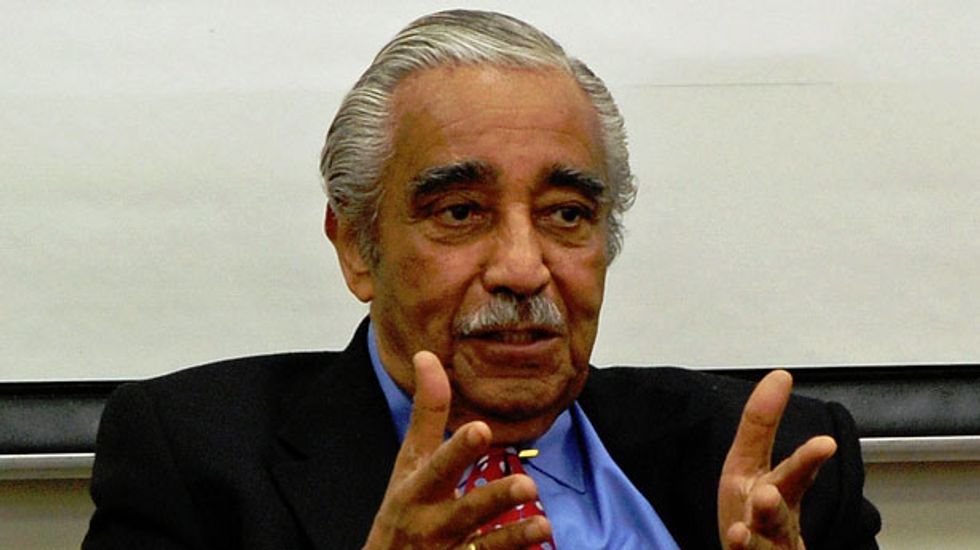 Rep. Charles Rangel (D-NY) told NY1's Inside City Hall on Tuesday that the Tea Party movement was opposed to President Barack Obama because of racism.

The congressman, who is seeking a 23rd term, said Obama was naive to think that conservative Republicans would work with him in a bipartisan manner.

"It’s hard for me to explain how you work with a president that thought that he could really deal with the Republican leadership," Rangel said. "He really thought -- and maybe it was the water they drink at Harvard -- that he could deal with the Tea Party."

He added that the Tea Party hated the president so vehemently because of his skin color.

Watch video, uploaded to YouTube by Truth Revolt, below.