Researchers: Elephants can tell the difference between human languages 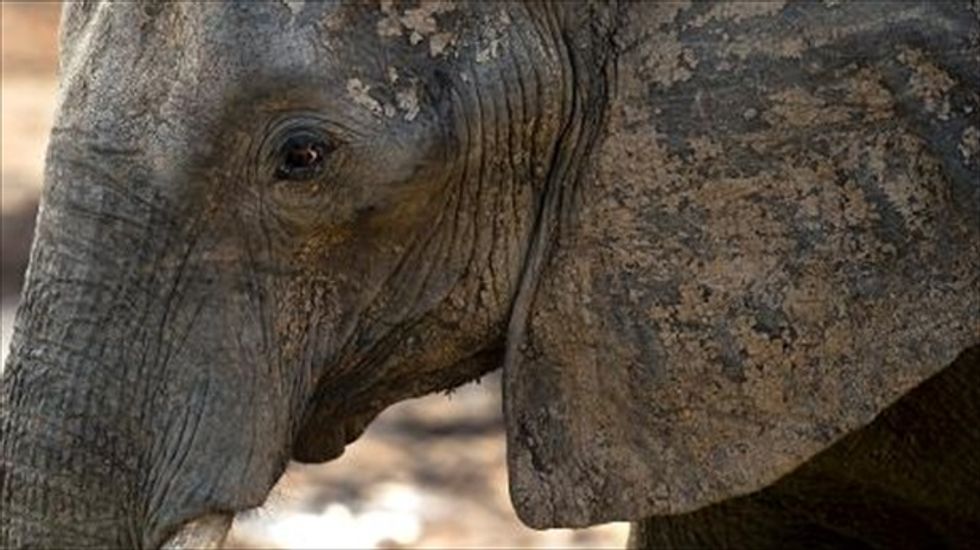 An African elephant is pictured on Nov. 17, 2012 in Hwange National Park in Zimbabwe [AFP]

African elephants can differentiate between human languages and move away from those considered a threat, a skill they have honed to survive in the wild, researchers said Monday.

The study suggests elephants, already known to be intelligent creatures, are even more sophisticated than previously believed when it comes to understanding human dangers.

African elephants (Loxodonta africana) are the largest land animals on Earth and are considered a vulnerable species due to habitat loss and illegal hunting for their ivory tusks.

Researchers played recordings of human voices for elephants at Amboseli National Park in Kenya to see how they would respond, according to a report in the Proceedings of the National Academy of Sciences.

Some of the voices were from local Maasai men, a group that herds cattle and sometimes comes into conflict with elephants over access to water and grazing space. Occasionally, elephants are killed in clashes with Maasai men, and vice-versa.

Other recorded voices were from Kamba men, who tend to be farmers or employees of the national park, and who rarely represent a danger to elephants.

All were saying the same phrase: "Look, look over there, a group of elephants is coming."

The recorded voices were played for hundreds of elephants across 47 family groups during daylight hours.

When elephants heard the adult male Maasai voices, they tended to gather together, start investigative smelling with their trunks, and move cautiously away.

But when elephants heard females, boys, or adult male Kamba speakers, they did not show concern.

"The ability to distinguish between Maasai and Kamba men delivering the same phrase in their own language suggests that elephants can discriminate between different languages," said co-author Graeme Shannon, a visiting fellow in psychology at the University of Sussex.

That is not the same as understanding what the words mean, but still shows that elephants can decipher the more sing-songy Maasai language from the Kamba tongue, perhaps based on inflections, use of vowels, and other cues.

"It is very sophisticated what the elephants are doing," said Keith Lindsay, a conservation biologist and member of the scientific advisory committee of the Amboseli Elephant Research Project.

"A lot of animals will take flight at just the general threat posed by people, but a smart animal doesn't do that," he told AFP.

"Their response to hearing Maasai men talking was to be alert, to move away, but not to run away in total fear," added Lindsay, who was not involved in the study.

"It is suggesting that elephants are capable of thinking, (of) recognizing that if Maasai men are talking, they are not likely to be hunting because if they were hunting, they would be quiet."

Elephant groups with older matriarchs in their midst did best at assessing the threat from different speakers, further bolstering the presumed role of learning in the animals' behavior.

The elephants also did not act the same way as they did when recordings of lions were played, as was shown in a previous study.

In those scenarios, they bunched together so that juveniles -- those most at risk from a lion attack -- were in the center, and moved toward the sounds as if to scare the lion away.

When it comes to recognizing people, elephants may not be alone in this ability. Other research has suggested that wild bottlenose dolphins in Brazil have become so familiar with humans that they engage in cooperative hunting with artisanal fisherman.

Great apes, crows and even prairie dogs have also been shown to differentiate between humans on some level.

A separate study published last month in the journal PLoS ONE showed elephants even have specific alarm calls for when humans are near, suggesting the relationship between people and elephants has reached a troubling point and that conservation efforts are more important than ever.

"We have become a formal enemy of the elephants," said Lori Marino, an expert on animal intelligence at Emory University.

"They can not only make some distinctions between us, but we are now on their list of species to watch out for."