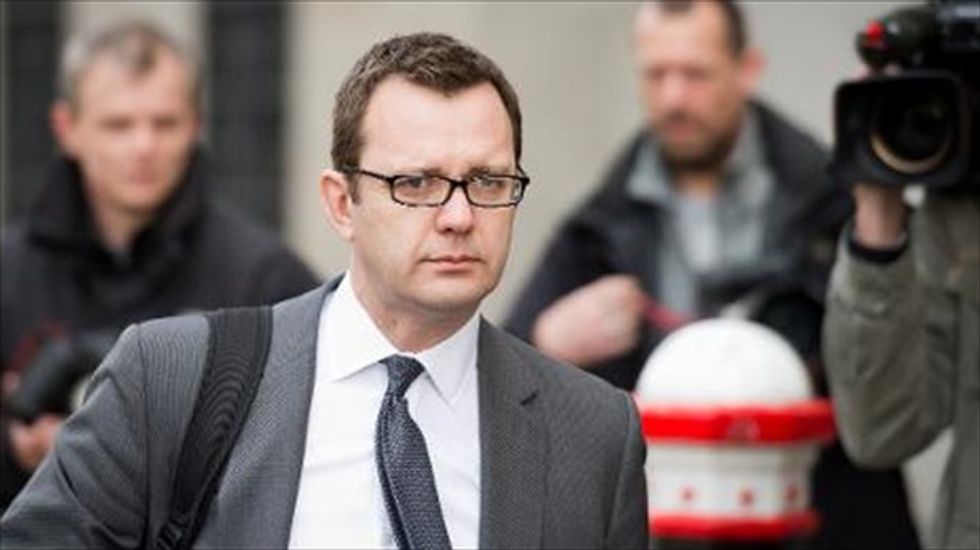 Former News of the World editor and Downing Street communications chief Andy Coulson arrives at the phone-hacking trial in London on March 17, 2014 [AFP]

Former News of the World editor Andy Coulson paid a private investigator to monitor royal phone calls, including one in which Prince Harry asked for help with his homework, Britain's phone-hacking trial heard Tuesday.

Clive Goodman, former royal editor of the Rupert Murdoch tabloid that closed in 2011 at the height of the scandal, told London's Old Bailey court that Coulson approved payments of £500 ($830, 595 euros) a week to Glenn Mulcaire to "monitor" three phones in the royal household.

They belonged to Helen Asprey, an assistant to Princes William and Harry, their private secretary Jamie Lowther-Pinkerton, and press secretary to Prince Charles, Paddy Harverson.

Goodman, 56, told the court that he asked Coulson, a former media advisor to Prime Minister David Cameron, to approve the payments in October 2005.

Coulson agreed to "a two-month trial" of payments, said the former royal editor.

Goodman revealed details of one message left by Prince Harry on Lowther-Pinkerton's mobile phone in which he asked for help with an essay while training to be a soldier at the Sandhurst military academy.

Harry asked his private secretary, a former army officer, to help him with a piece on the Iranian embassy siege. Goodman questioned whether this was against academy rules.

He also told the court of another message left by William for his then girlfriend, and now wife, Kate Middleton.

Goodman and Mulcaire were jailed for phone-hacking in January 2007. Both Goodman and Coulson deny conspiring to commit misconduct in public office.