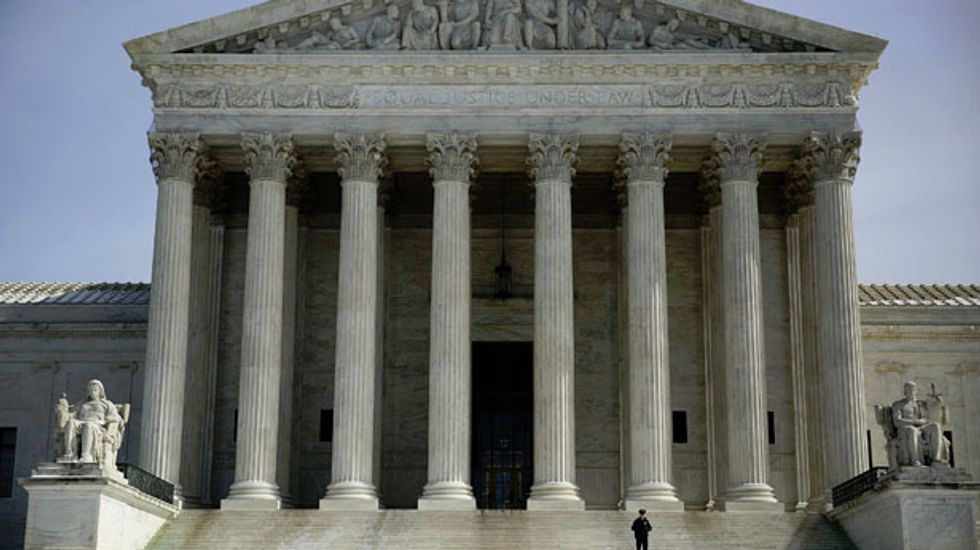 In one of the biggest cases this year, the nine justices set aside 90 minutes for oral argument, 30 minutes more than usual.

Underscoring the strong feelings around the issue, hundreds of noisy demonstrators, most of them women, protested outside the courthouse in an early spring snowstorm, many under umbrellas.

Supporters of the Obama administration's stance chanted, "Ho, ho, hey, hey, birth control is here to stay," while backers of the challengers shouted: "My faith, my family, my business."

The case pits religious rights against reproductive rights, with a heavy dose of politics. The challengers are arts-and-crafts retailer Hobby Lobby Stores, evangelical Christians, and a Mennonite family that owns Conestoga Wood Specialties of Pennsylvania.

Prominent lawyer Paul Clement was due to argue first on behalf of the challengers to be followed after about 45 minutes by Solicitor General Donald Verrilli for the Obama administration.

The same lawyers faced off the last time the Affordable Care Act, commonly called Obamacare, was before the justices in 2012. In that case, the justices upheld by a 5-4 vote the constitutionality of the 2010 act's core feature requiring people to get health insurance.

The so-called "contraception mandate" of the healthcare law requires employers to provide in their health insurance policies preventive services for women that include access to contraception and sterilization.

The dozens of companies involved in the litigation do not all oppose every type of birth control. Some object only to emergency contraceptive methods, such as the so-called morning-after pill, which they view as akin to abortion.

The justices will weigh whether the challengers have a claim under a 1993 federal law called the Religious Freedom Restoration Act.