Ted Cruz tells home-schooled kids: The 'job of a chaplain is to be insensitive to atheists' 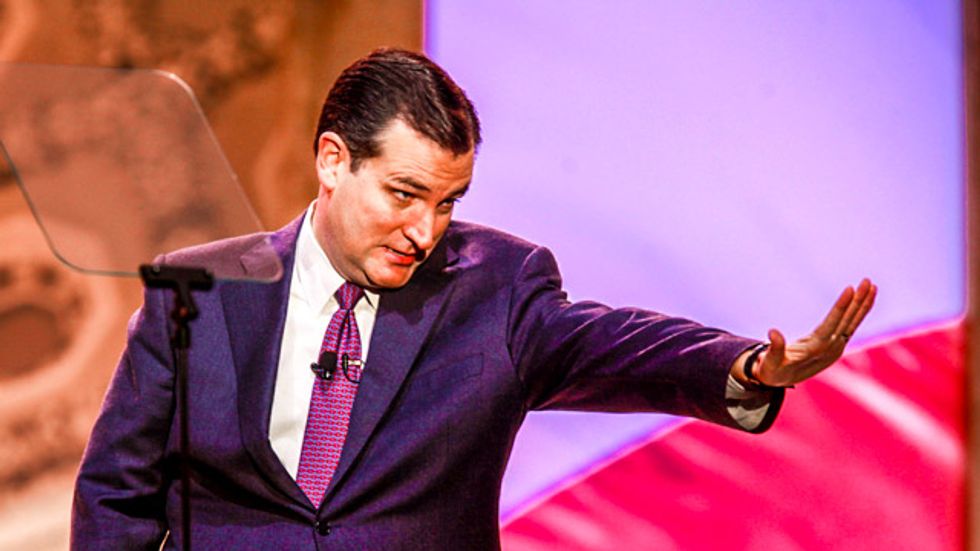 Sen. Ted Cruz (R-TX) on Tuesday explained to a group of children that atheists in the United States were working to take away their religious freedoms.

Speaking at the Network of Iowa Christian Home Educators, Cruz told parents and children as young as 3 that "school choice is the civil rights issue of the 21st century."

Cruz repeated a conspiracy theory that the Convention on the Rights of the Child would allow the United Nations to take parenting decisions away from Americans.

"Nothing in international law, nothing in any treaty should be used as a backdoor vehicle to undermine the rights of every parent here to raise your children consistent with your faith, with your good judgement and the love you have for your children," he said.

The possible 2016 Republican presidential candidate went on to cite a series of cases to assert that atheists were trying to destroy religious freedom in the United States.

"We have never seen an administration with such hostility to religious faith," Cruz opined. "You know, last year, there was a chaplain in the Air Force up in Alaska who wrote in a blog post the phrase 'There are no atheists in fox holes.' He was ordered by his supervising officer to take it down."

After a round of applause, the senator added: "To welcome them into the forgiving arms of a loving god."