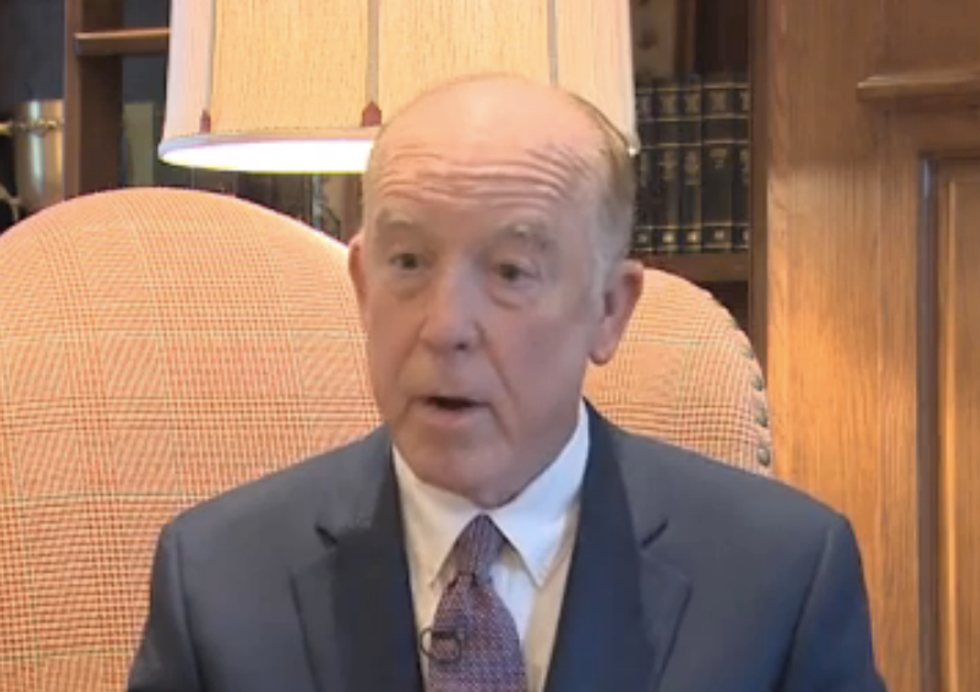 Texas Republicans are unrepentant after a prominent member of their caucus referred to same-sex couples as "sodomites" and said that the nation's founders would be appalled that they are being allowed to marry.

According to Houston's KHOU, Conservative Republicans of Texas president Dr. Steve Hotze made the bigoted remarks in a press release supporting Harris County Republican Party Chairman Jared Woodfill, who is running for re-election.

“Our Founding Fathers would be furious to find out that the Constitution was being interpreted to allow sodomites to marry," wrote Hotze in a Republican Party fundraising letter.

When asked by KHOU about his remarks, Hotze refused to back down.

“I don’t know how I could be any clearer,” Hotze said. “This whole issue is about judicial liberal activism that is trying to redefine marriage.”

Hotze was responding to federal District Court Judge Orlando Garcia's ruling that the state of Texas' ban on same-sex marriages in unconstitutional and needlessly "demeaning" to the state's LGBT citizens.

Woodfill himself declined to directly address Hotze's remarks, saying instead, "The terminology I want attached is this judge has been a liberal activist and he has violated the law of this state.”

In Tuesday's primaries, Woodfill is facing a challenger from within the party.

The incumbent party chair is the lead actor in a lawsuit against Houston's Mayor Annise Parker in which Republicans are trying to block benefits to the partners of LGBT city employees. Parker instituted the benefits earlier this year, which those on the right say is a step too far.

“Republicans say these actions together are a form of institutional anarchy and if unchecked, will devour the freedom of many to advance the narrow interests of a few,” said Woodfill in a press release.

Watch video about this story, embedded below via KHOU.com: