Thanks to technology, the traditional hierarchies of state and business are falling away 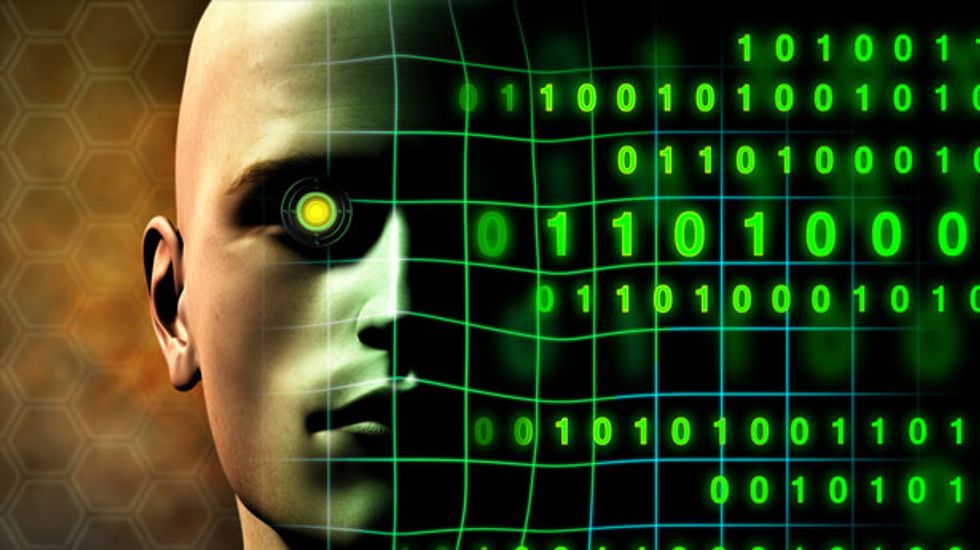 Humankind is going through one of its rare but profound paradigm shifts. And as ever, it's driven by technology. From the stone age to the iron age, from farming to Fordism, how we make and do things has always affected how society operates. Marx may have been overly deterministic about the effect of the economic base on the social superstructure but as he wrote, "the windmill gives you society with the feudal lord: the steam mill, society with the industrial capitalist". So what does the age of the internet, the smart phone and social media give us?

It gives us Mark Zuckerberg and Bill Gates but something much more. It gives us informed, enabled and empowered citizens precisely because we can learn, talk and act together to solve the critical challenges of a world in which the poor get poorer, the planet burns and democracy is in crisis, because traditional politics can't reverse either inequality or climate change.

The old icebergs of state and corporation are dissolving into a fluid sea where action only becomes meaningful in concert with others. The waves of change demand interconnections, because we know all of us together are smarter than any one of us on our own.

Today the world and our ability to shape it is literally in our hands. We can criticise, disrupt, collaborate and share at the touch of a few keys. Transparency and accountability rule. We rule; but only if politics changes too. For the new rules of this epochal shift go with the grain of a good society precisely because in a flattened world, we talk and participate as equals. That's why the post-1945 social settlement could never hold, because it was built on well-meaning but hierarchical institutions. And so the counter-revolution of neoliberalism took hold in the late 1970s against the daily grind of an elitist socialism.

But the radical promise of a flat earth could become transformative and permanent, because equality and democracy have become both means and ends. This doesn't deny the need for struggle. The big corporations will try to commercialise these new flat planes, and the threat of authoritarianism is real. But here at last is a terrain that can be genuinely contested by radicals because democracy and equality are now what we struggle with, and what we struggle for.

This paradigm shift is not a prediction – it's real, and happening now. Kickstarter, Wikipedia, Open Source, Mumsnet, the People Who Share and Thoughtworks are some of the first movers in a future that is being co-produced.

But it's the implications for the way we do politics that are truly profound. If elitism is out and participation and connections are in, the results – as the old clashes with the new – are increasingly explosive. For instance the Danish government recently sold off parts of the national electricity company to the investment bank Goldman Sachs, giving it influence over a strategic sector despite the company's dubious involvement in the financial crisis and its recent role in the botched sale of Royal Mail in the UK. In Denmark the move triggered a network-based movement resulting in huge demonstrations, more than 200,000 signing a declaration opposing it and polls that showed 80% of people objected to the sale.

Yet it went ahead. Partly as a result one of the government parties, the Socialist People's party, is crumbling as its MPs are in conflict with each other. The party has left the government. The finance minister, Bjarne Corydon, who before this debate was one of the most powerful politicians in Denmark, is now ranked as the second most disliked minister in the government. The old politics could not contain a decision about what the public should own and what should be in private hands. The cycle of frustration and anger deepens – and the old parties will either transform themselves or die and new political entities will take their place.

What is the shape of that transformation? Representative democracy must now take its place alongside direct and deliberative forms of democracy and a mash-up of all three: what is being called liquid democracy, as we cast, lend and pool our votes. People will stop being the occasional consumers of politics and instead become its permanent producers.

The culture will change too. Tribalism and adversarialism will give way to shifting alliances. Empathy, respect and the ability to engage with people you don't agree with will be crucial. So if you want to be a rebel, be kind. And leadership will be less about pulling levers for people and more about building the spaces and capacity for people to do thing collectively themselves.

The big and successful transformations in values and behaviour, like support for gay rights, greater gender equality and the end of apartheid, only take place when the overwhelming majority see change as common sense. If a "good society" is achieved by even a metaphorical big stick, then that stick will go on being used in that so-called good society. Remember, means shape ends. So we must be change we wish to see in the world.

In these new times political parties will still matter. After Tahrir Square – or some day soon Trafalgar Square – someone has to offer the candidates, make the manifesto coherent, set the budgets and establish the policy basis for capacity building. As the Guardian journalist John Harris said at the recent Change: How? conference, "you can't redistribute income sitting in a tent outside St Paul's". The party must become the "bridge" between the state and the new horizontal movements.

Modernity and the human values of love, empathy and connection are being aligned. Instead of trying to fit people to a bureaucratic state or a free market we can bend this increasingly flat world to our values and us. We are all particles in the wave of a future that is ours to make.

• This an extract from Compass publication The Bridge. The full version can be found here