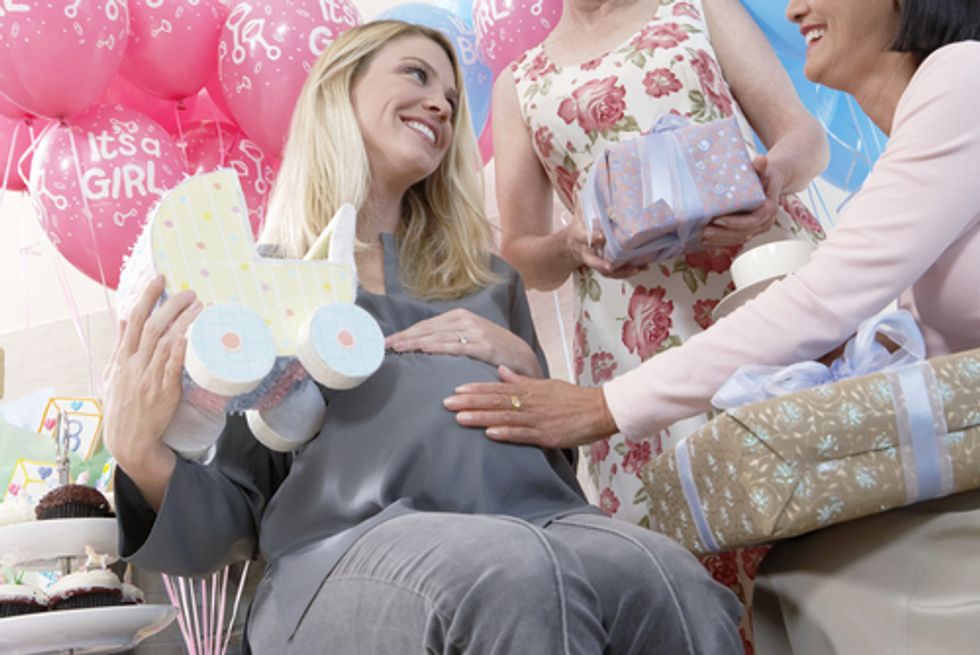 This is my idea of what hell looks like. If hearing that troubles you, I have to ask: Why?

So, the atheist/skeptic community is in an uproar on the subject of abortion, and since that's kind of my jam, I figured I should weigh in. The question isn't whether or not legal abortion is moral---outside a few kooks, nearly all non-believers are pro-choice---but whether or not those anti-abortion kooks should be indulged and given the privilege of having everyone treat their shit arguments like they have value in free-wheeling discourse, or if they should be shunned on the grounds of being shit arguments the same way anti-gay or overtly racist arguments are shunned.

I find the anti-shunning side to be peculiar, on the grounds of boredom. Yes, we should, as freethinkers, not shy away from "difficult" topics and have freewheeling discourse about them, but it's not like anti-choicers have suddenly farted out a bunch of new crap arguments to pick apart. They're still pooping out the same old crap argument they've been using for the past forty years---that an embryo or even fertilized egg that has no brain has more human rights than the woman who has been drafted into growing it against her will---that's been debunked a million billion times. (Latest debunking, from PZ Myers, which at least injects some science education into it in order to liven things up.) Surely there's value in not rehashing old debates that, if you are somehow miraculously unaware of them because you've been living under a rock for forty years, you could still look up online. Considering that these boring rehashings of positions everyone already knows are not only boring, but as Greta Christina points out, offensive because they tend to treat women's humanity like a a thought exercise instead of a matter of real consequence, lifting a finger to defend anti-choice kooks who wish to bore everyone to death with their half-baked quackery seems out of place. I often feel these "philosophical" debates that focus on the personhood of embryos are conducted as if it never occurred to anyone involved that 1/3 of the female audience has direct, hands-on experience with abortion. If that was considered, I suspect perhaps the airy talk about this as if it's a thought exercise instead of a real-world issue would recede quite a bit.

But your blog, your business. I think you could save time copy/pasting old anti-choice arguments if you want to rehash this debate---in fact, I kind of think Kristine Kruszelnicki, the official "secular" anti-choicer that the Christians whip out to pretend theirs is not primarily a movement to force their dogma on others with government force, did just this with her post at Hemant Mehta's blog---but if wasting time typing that shit out amuses you, knock yourself out. But don't pretend that you're advancing the cause of free thought while doing so. That's because rational, free discourse is predicated on the understanding that everyone involved in the debate is arguing in good faith, and I can assure you, after years of dealing with this issue, that anti-choicers are not arguing in good faith.

In fact, that's why they're so boring. Much like creationists, their arguments aren't really arguments, but talking points carefully crafted to avoid the actual argument, because they know that they would absolutely lose an argument predicated on everyone speaking honestly about their goals and beliefs. You know how it's super frustrating listening to creationists blather on with their half-baked nonsense about the second law of thermodynamics and the supposedly missing fossils? It's not just that those claims have been debunked a million times. It's because you know they are leaning on arguments they don't understand to distract from their real argument, which is something like, "I object to any scientific theory that casts doubt on my religious dogma because I can tell that it's a harbinger of the eventual decline of my religion's cultural dominance and power, and I value having power and cultural dominance over the truth."

Similiarly, the reason anti-choice arguments are a bunch of half-baked, never-changing nonsense that they cling to no matter how frequently it's debunked is simple: They don't want to speak their real argument out loud. Their real argument is something like, "I strongly believe in gender essentialism, and people who violate my beliefs about what women and men should do and be like scare me. In particular, I find the notion that women might be lascivious and/or non-nurturing at times to be frightening, because those qualities belong to men, and so I am eager to punish women and force nurturance on them to restore order to the world."

Luckily for us, this real argument, as the real argument of the creationists, pokes its head out from time to time. And luckily for us, Kruszelnicki did this in her infamous blog post at Mehta's joint. Hilariously, she is clearly trying to establish herself as the "liberal" forced-birther by invoking liberal-sounding arguments about social justice, but it definitely has that edge of coercion.

If we all work together to come up with real choices for women — better birth control, better maternity leave, subsidized daycare, a living wage, flexible work schedules, better schooling options, more attractive open-adoption and temporary foster care options, etc. — abortion may roll itself into the world of obsolescence, regardless of its legal status.

Ah, doesn't that sound nice? We give women more opportunities to leave work early for their mothering duties and some gold-plated day care and perhaps some re-education camps (don't say that out loud) and eventually, they will succumb to our soft coercion and know that having a baby is what they really want, like they should, because all ladies love babies---and all ladies want a baby right now  because they are so cute---because they are ladies.

Well, let me just put a stop to this shit right now. You can give me gold-plated day care and an awesome public school right on the street corner and start paying me 15% more at work, and I still do not want a baby. I don't particularly like babies. They are loud and smelly and, above all other things, demanding. No matter how much free day care you throw at women, babies are still time-sucking monsters with their constant neediness. No matter how flexible you make my work schedule, my entire life would be overturned by a baby. I like  my life how it is, with my ability to do what I want when I want without having to arrange for a babysitter. I like being able to watch True Detective right now and not wait until baby is in bed. I like sex in any room of the house I please. I don't want a baby. I've heard your pro-baby arguments. Glad those work for you, but they are unconvincing to me. Nothing will make me want a baby.

And don't float "adoption" as an answer. Adoption? Fuck you, seriously. I am not turning my body over for nine months of gaining weight and puking and being tired and suffering and not being able to sleep on my side and going to the hospital for a bout of misery and pain so that some couple I don't know and probably don't even like can have a baby. I don't owe that couple a free couch to sleep on while they come to my city to check out the local orphans, so I sure as shit don't own them my body. I like drinking alcohol and eating soft cheese. I like not having a giant growth protruding out of my stomach. I hate hospitals and like not having stretch marks. We don't even force men to donate sperm---a largely pleasurable activity with no physical cost---so forcing women to donate babies is reprehensible.

This is why, if my birth control fails, I am totally having an abortion. Given the choice between living my life how I please and having my body within my control and the fate of a lentil-sized, brainless embryo that has half a chance of dying on its own anyway, I choose me. Here's another uncomfortable fact for anti-choicers: Just because a woman does want children doesn't mean she wants them now. Maybe she's still got some fun-having to do. Or maybe she has a couple already and, already well-educated about the smelly neediness of babies, feels done with having them. Either way, what she wants trumps the non-existent desires of a mindless pre-person that is so small it can be removed in about two minutes during an outpatient procedure. Your cavities fight harder to stay in place.

So, reading those three paragraphs above? I bet at some point you recoiled a bit, even if you don't want to have recoiled a bit.  Don't I sound selfish? Hedonistic? Isn't there something very unfeminine about my bluntness here? Hell, I'm performing against gender norms so hard that even I recoil a little. This is actually what I think, and I feel zero guilt about it, but I know that saying so out loud will cause people to want to hit me with the Bad Woman ruler, and that causes a little dread. Why do we feel this way? What kind of training and socialization did we receive that made us think there's something terribly wrong about a woman who is hurting no one and is actually pretty nice but wants what she wants in her private life and doesn't apologize about it? Is there a reason that we should bully women into pretending that they're more interested in being selfless and eternally nurturing than they actually are, even at great cost to themselves? Would we be even remotely close to as upset with a man who said he's too invested in his bachelor lifestyle to consider having a baby? Is the pressure that's dished out to women to serve at great cost to themselves just oppression, an attempt by society to extract labor and other goods out of women without giving them compensation and respect for it? Or is there some rational justification for it?

Now that is an interesting conversation, for those who are interested in free-wheeling discourse where we tackle the hard questions. Far more interesting with far more unexplored dimensions than the tedious "when does life begin" discussion that goes nowhere and is deliberately constructed to be circular to avoid having the real conversation. Gender norms and conformity are fascinating topics of discussion, for those who pride themselves on being brave and leaving no cow untipped, no hard question unasked. So let's get on that, and drop rehashing a non-debate that's been had so many times that reading it threatens to cause death by boredom.