White men, as a group, vote Republican because they vote their resentments 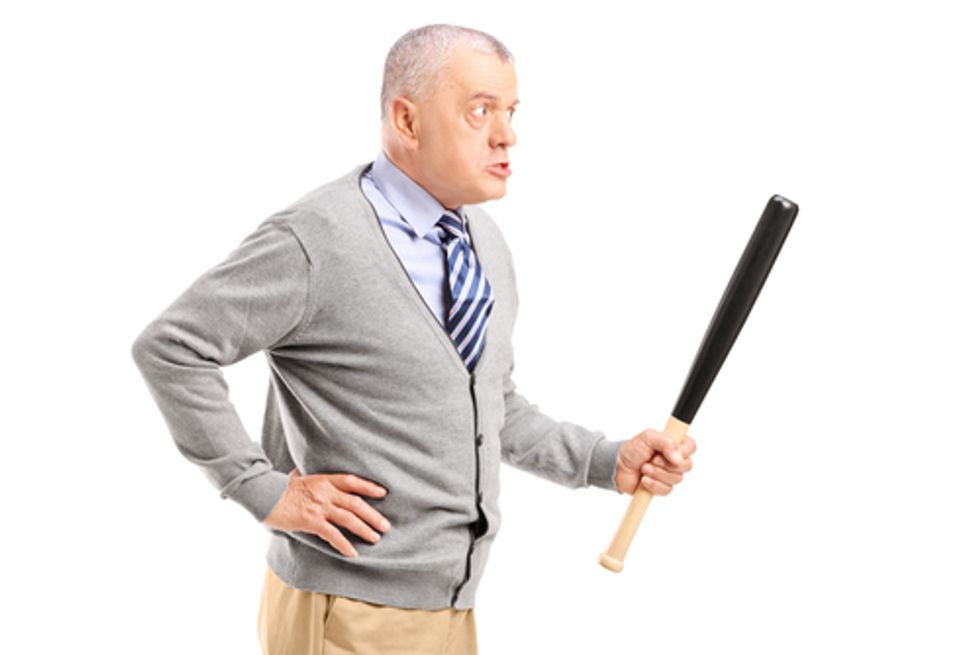 Important disclaimer for the eager-to-be-butthurt: Obviously, not all men or even all married men or all white men or all men of a certain demographic. Republicans get the majority of white men, but they don't get all of them. Calm the fuck down.

Democrats have conquered most demographics in this country, except, of course, white men. This piece in the New York Times about Democratic efforts to capture their vote---or at least more of it---is fascinating insofar as it really shows how much the white male vote is controlled by nothing more than resentment, particularly resentment of women and people of color for spending the last few decades improving their lot in life. It's not even a vote to restore lost levels of white male privilege, since I think white men must know that putting that genie back into the bottle isn't going to work. At this point, then, voting Republican is just about punishment. You can't stop a black guy from being your boss at work and your wife is never going to be Mrs. Cleaver, but you can make life a little harder for women and people of color in revenge for "stealing" the easy life of never having to compete with them that you feel entitled to. Also, MORE GUNS, because your phallic death totems are so soothing and help fill, temporarily, that desire to be a big man.

But there's nothing more than resentment there. Even the Republican strategist they interview has no idea how petty he makes the white male Republican voter sound.

Republicans say Democrats’ appeals to women, minorities and gays have been counterproductive with white men. “When you’re spending 60 percent of your time talking about birth control and Obamacare, not a lot of men are paying attention to you,” said Brad Dayspring, spokesman for the National Republican Senatorial Committee.

Because men don't benefit from being able to see a doctor or have sex for fun instead of procreation, right? Of course not. Basically, this is a straightforward admission from Dayspring that the pitch to white men is one of punishment, particularly of women. Women want birth control and health care, so they can't have it! Why not? Because they want it! It's not fair that they get equality---or something approaching it---and a doctor and the ability to control their bodies! Who do they think they are? Men?

The crybaby factor is seriously depressing. It also shows how much of an uphill battle Democrats are facing trying to turn some of those Republican votes over to Democratic ones. We're talking about voters who would jeopardize their own ability to have sex and see a doctor in order to punish women for daring to think we're equal. These are not rational voters.

However, there is reason to think that time might fix this problem:

Some white men have proved to be within reach: single men, college students and graduates with advanced degrees, the nonreligious, and gay men. But working-class married men remain hardest to win over and, unless they are in unions, get the least attention — to the dismay of some partisans.

The married man aspect is depressing, because it really does drive home how much this is resentment against women for not being the happy housewives these Republican men feel entitled to. Hell, even if their own wife plays the part, there's free-floating resentment of women in general for being sexual, ambitious, and independent without their permission. Look at the ugliness towards Sandra Fluke, for instance, for the gall of wanting women's health insurance that women pay for to cover their medical care. There really wasn't a "principled" stand going on there, since the "principle" that women should pay for health insurance with the full expectation that they won't get what they paid for what just made up. It was just a way for these middle-aged married men to scream and kick and yell about how much they hate and resent women, especially pretty young women, for having the gall to walk around in this world like we have a higher purpose than being a servant class for men.

All that said, the fact that Democrats do better amongst single men and college students tells me that it may not just be about marital state, but about age. Younger men, as a group, are less hung up on the idea that women are stealing something from them by daring to live our lives as full human beings. Younger men spend more of their lives single, too, so I have to imagine they see the benefits that women have long seen in being able to delay childbirth and wait to get married until you've both had some adventures and you've had time to grow into yourself and make a match with a person who is more suitable in the long run. A lot of these married male Republican voters are from a generation where rushing into marriage was common and so was divorce. I can't help but think the sense that they missed out is what's part of their resentment. Young white men these days are much less likely to have missed out, they probably will be harder to sell on the idea that they should vote their resentments. Time will tell.