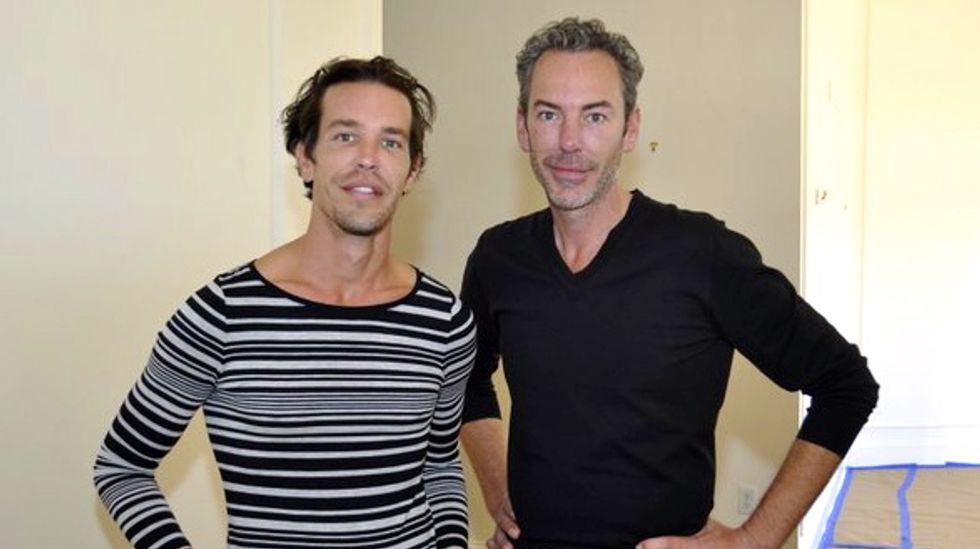 The broadly worded measure prohibits the government from placing a “burden” on a person’s free exercise of religion, which the measure defines as action or inaction that is substantially motivated by sincerely held religious beliefs — even if those beliefs are not compulsory or central to the person’s professed faith.

Following is a response from Jackson, Miss. businessman Eddie Outlaw, which originally appeared in the Jackson Free Press.

JACKSON — I keep hearing about the hypothetical baker whose religious convictions compel him not to make wedding cakes for gay couples.

This business owner whose religious liberties are under attack has been talked about at great length in every state that has proposed some form of "religious freedom" legislation. But let me ask you this: What of the countless members of the LGBT community who face discrimination every single day? I say "countless" because there's no real way to assign a number because so many of us cannot afford to be counted.

I acknowledge that I'm the exception to the rule. I can afford to speak out and feel a very profound obligation to do so. But, here in Mississippi alone, we can be fired or denied employment, we can be denied housing and face eviction, we cannot adopt a child in need of a loving home, and we aren't even included in anti-hate crime legislation. What we fight for isn't limited to, and doesn't stop with, marriage equality. We as a community, both visible and unseen, are fighting for our rightful place as fully equal citizens of this nation.

It's estimated that as much as 40 percent of our homeless youth identify as LGBT, and 43 percent of them say their parents forced them out because of their sexual orientation or gender identity. When paired with the fact that LGBT youth are more than twice as likely to attempt suicide as their heterosexual peers, it's not hard to imagine why so many of us move into adulthood and accept a life lived hiding in plain sight. Because we have no protections in Mississippi, most fear being visible or being outed because of a very real threat to their ability to provide for their families.

If an employer can fire someone because of their sexual orientation or gender identity, what's to stop a business owner from denying goods or services for the same reasons?

Legislation like SB2681, which the Mississippi Legislature passed today, would compound the potential for discrimination in Mississippi, and let's be honest, there is a long and well-documented history of discrimination based on religious beliefs in our state.

Conservative groups like The Alliance Defending Freedom and The American Religious Freedom Project have been influential in states like Ohio, Kansas and most notably Arizona, according to Talking Points Memo. Mississippi has an organization funded by the Southern Baptist Convention working to influence lawmakers, too.

In an email posted by Cottonmouthblog, Jimmy Porter of Christian Action Commission used thinly veiled threats against members of the House if HB2681 didn't pass.

"The Christian Action Commission will work diligently to ensure the blame will be laid at the feet of these 20 alleged Republicans. Approximately 60,000 Baptist households will read about it and know the truth," the email stated.

And in a move that goes against the national messaging that these proposed bills have nothing to do with "the gays" specifically, he writes "Our state passed the Defense of Marriage Act by the widest margin of any state at 86/87%."

Faced with a sea change on LGBT equality unparalleled in our country's history, the far-right conservatives are lashing out. While the nation and, yes, Mississippians, increasingly support full equality for the LGBT community, they would have us know our place.

The very same people who claim to "love thy neighbor" would have us stay in the closet for fear of discrimination. Legislation like SB2681 is certainly meant to whip up support in the conservative base, but it is also intended to cut off the progress the "Upitty Homo" has made in the fight for full equality under the law. But we've come to far to turn back now.

I don't have to look back very far in my lived experience to recall a time when I was afraid to live openly. I once thought the very best I could hope for was to get a job, fall in love, and keep that part of my life hidden from family and clients. The idea that I could be myself was mind-blowing at the time. Yet here we are. We find ourselves at a pivotal point in our struggles, well beyond the tipping point and so much closer to the finish line.

They can refuse to recognize our unions now, but change is coming anyway.

They can fire us or deny us employment now, but change is coming anyway.

They can keep us from giving loving homes to children in need now, but change is coming anyway.

They can deny us goods and services now, but change is coming anyway.

They can try to make us live in fear, to force us to live in the shadows, to be satisfied as unequal citizens of this grand experiment for now, but change is coming anyway.

They can use hateful language, they can bully, they can beat us and leave us hanging on a fence to die now, but change is coming anyway.

Eddie Outlaw owns a business in Jackson, Miss., with his husband, Justin. He is a regular contributor to the Jackson Free Press.

[Image credit: Justin McPherson (left) and Eddie Outlaw (right) own William Wallace Salon and The Fondren Barber Shop in Jackson's Fondren district. They married in California, but it is not legally recognized in Mississippi. Photo by Trip Burns ]