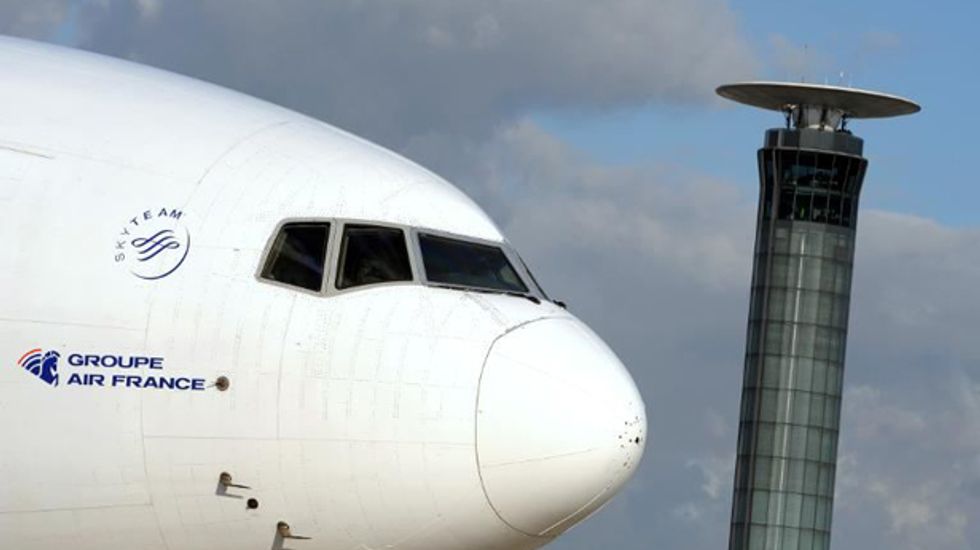 An Air France plane from the Ebola-hit west African country of Guinea was quarantined in Paris for two hours Friday after the crew suspected a passenger may have the deadly disease, the airline said.

The flight from the Guinean capital Conakry landed at Paris's Charles De Gaulle airport at 5:28 am (0328 GMT) with 187 passengers and 11 crew members on board.

Emergency services conducted checks for fever on all those travelling after a dirty toilet sparked concern that a passenger could be infected with the deadly and highly contagious disease, which apart from other symptoms triggers severe diarrhea.

"The tests turned out negative," an Air France spokesman said.

Ebola can be transmitted to humans from wild animals, and between humans through direct contact with another's blood, feces or sweat.

Sexual contact, or the unprotected handling of contaminated corpses, can also lead to infection.

In Guinea, health authorities have reported 134 suspected Ebola cases since the beginning of the year of which 86 have been fatal.

Liberia has also reported cases of the disease, and Mali on Thursday detected three suspected victims of Ebola.

France last week stepped up vigilance for the virus. The country, a former colonial power in much of west Africa, is a major portal for air traffic from the region.