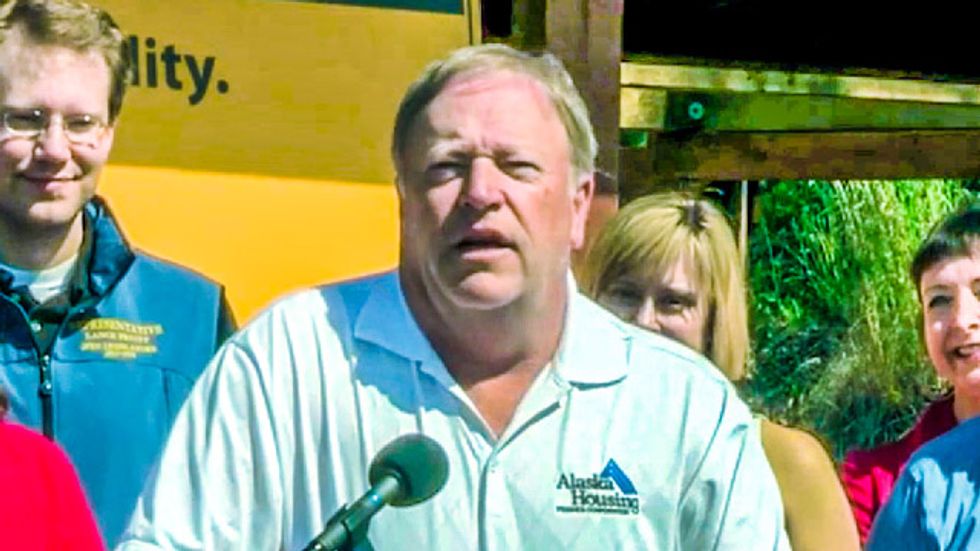 Two Republican lawmakers from Alaska apologized this week after a press release from the House Majority website called breastfeeding "smart and sexy."

In a statement obtained by The Huffington Post on Wednesday, Rep. Shelly Hughes (R), who sponsored the bill, expressed regret for the phrasing.

“My intent was to draw attention to this incredibly important issue," she said. "Unfortunately, this is not the kind of attention I hoped to receive. I take full responsibility for the headline. I apologize for the poor choice of words, and am sorry if I offended anyone."

Alaska Speaker of the House Mike Chenault (R) stepped up and took responsibility, adding that the "wording used was unfortunate and I don’t want it to detract from the great work Rep. Hughes did in passing this resolution through the legislative process."

"I take responsibility for this, as the release came from our Majority Office," Chenault said.

State House Concurrent Resolution 18, which was also passed by the Alaska Senate, encourages hospitals to promote the "Ten Steps to Successful Breastfeeding" program.

“As a legislature forever fond of natural resource development, it’s time to endorse the extraction of this God-given, abundant and renewable natural resource,” Hughes says in the release, which has been republished without the "smart and sexy" phrase.

Political blogger Amanda Coyne, who first noticed the press release, was baffled by the line.

"It’s also unclear for whom breastfeeding is supposed to be sexy: The baby? The mother? The viewer?" she wondered.

The Huffington Post pointed out that calling breastfeeding "sexy" was a curious way to promote something that already suffers from a social stigma. Women are regularly shamed for breastfeeding in public places, like Alabama resident Jeanna Harris who was forced to leave a courtroom earlier this year after being told that feeding her child was offensive.