All Ecuadorian eyes on Tungurahua volcano after spectacular eruption 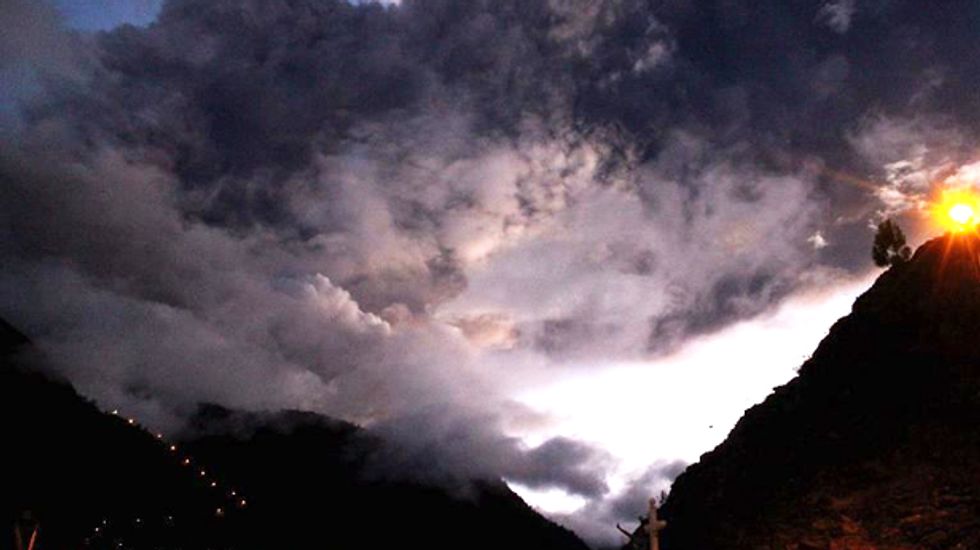 Villagers and experts warily eyed an Ecuador volcano Saturday that spewed a 10-kilometer (six-mile) high column of ash a day earlier in a spectacular eruption.

"For now, the ash fall is mild," Ecuador's National Secretariat for Risk Management said on its Twitter account. It called activity at the volcano, which is 130 kilometers south of the capital Quito, "moderate to high."

But it admitted that "it is difficult to predict future behavior."

The Tungurahua volcano, which in the Quechua language means "throat of fire," expelled an impressive plume of ash and smoke on Friday, putting authorities and villagers on alert.

Visitors and locals in Banos, a tourist town on the slopes of the volcano, went about their business as usual and shops stayed open.

Rocio Paspuesan, who works at the La Floresta Hotel, told AFP: "No ash has fallen. We didn't see much last night because it was overcast. The roads are open and people are going about their lives as usual."

Multiple villages are located in the vicinity of the volcano, which stands at 5,029 meters (16,500 feet) in central Ecuador.

In 2006, six people died in a village destroyed by lava from Tungurahua.

Tungurahua, which has been erupting since 1999, is one of eight active volcanoes in Ecuador, a country that is part of the so-called Pacific Ring of Fire that makes it prone to seismic and volcanic events.