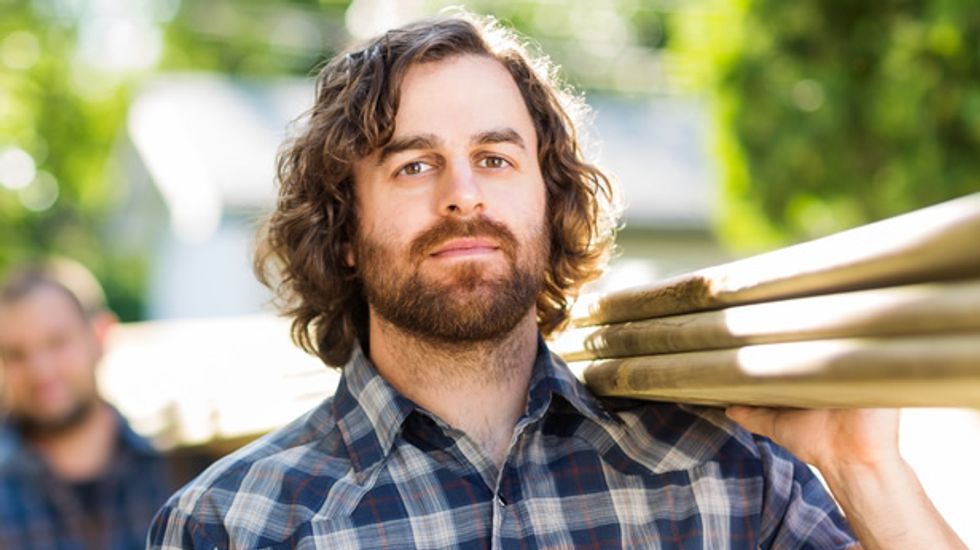 During the 2012 presidential election, Republican nominee Mitt Romney regularly liked to joke that President Obama wanted the US economy to look "more like Europe". In the context of modern American politics, few insults are more stinging. To be European is to be somehow effeminate, irresolute and, perhaps worst of all, socialist. It's the opposite of the "rugged individualism" and "exceptional nature" of the uniquely American experiment in self-government.

But, as a sobering New York Times article last week made clear, America could have a lot to learn by looking to Europe. According to the New York Times, the American middle class – the linchpin of the country's phenomenal postwar economic growth – can no longer call itself the richest in the world. "While the wealthiest Americans are outpacing many of their global peers," says the NYT, "across the lower- and middle-income tiers, citizens of other advanced countries have received considerably larger raises over the last three decades." America's poorest citizens lag behind their European counterparts; 35 years ago, the opposite was true.

This was yet one more wake-up call about the reality of America's continuing economic malaise. Ask Americans if the country is on the right track – 60% say no. Satisfied with the way things are going in America – only 25% say yes. Still think you're a member of the middle class – only 44% feel so confident. Forty per cent self-identify as lower-class, a 15-point jump since 2008. Among young people, the numbers are even more depressing. Those who place themselves in the lowest tier have doubled in just the past six years.

While a majority of Americans tenaciously continue to hold dear to the American Dream – that long-standing American ideal that if you work hard anything is possible – more and more people are reporting that the opportunity for social advancement feels increasingly out of reach for them and their children. Indeed, it is hard to think of a more disquieting trend in American society than the fact that those in their 20s and 30s are less likely to have a high school diploma than those between the ages of 55 and 64.

All of this must seem counterintuitive to foreign audiences. The US swaggers along on the world stage with a certainty and sense of moral purpose that no other country can match. Blessed with practically limitless national resources, a dynamic and diverse population, a relatively stable political system and innovative technological capabilities that other nations can only dream of, how can so many Americans be falling behind – and how can the nation's leaders allow it to happen?

The answer is disconcertingly simple: we chose this path.

Granted, no one actively set out to attack the middle class in America. There wasn't some evil plan hatched behind closed doors to wreak socio-economic havoc. But the decline of the American middle class, the ostentatious wealth of the so-called 1% and the crushing economic anxiety of the growing number of poor Americans have happened in plain sight.

It is the direct result of a political system that has for more than four decades abdicated its responsibilities – and tilted the economic scales toward the most affluent and well-connected in American society. The idea that government has an obligation to create jobs, grow the economy, construct a social safety net or even put the interests of the most vulnerable in society above the most successful has gone the way of transistor radios, fax machines and VCRs. Today, America is paying the price for that indifference to this slow-motion economic collapse.

Once, Americans lived in a country where it wasn't just the biggest boats that floated high on a rising economic tide. In the years after the Second World War, America was defined by an unprecedented period of economic prosperity. Jobs were plentiful and well-paying, with generous health and retirement benefits. New creature comforts, from refrigerators and washing machines to televisions and cars, were suddenly available. Americans became homeowners and eventually, if they were lucky, suburbanites. Perhaps most important, those at the bottom of the economic ladder shared in the bounty as much as those at the top.

Life back then was never as idyllic as nostalgic portrayals of postwar America would suggest (this was particularly true if you were a minority or a woman). But it was also true that Americans enjoyed the type of economic security that current generations can only dream of.

Part of the reason was that they had political leaders who recognised that the federal government could not just sit on the sidelines. From the emergency measures of the New Deal, which laid the foundation for the modern welfare state, to the vast ambitions of the Great Society, the government provided support for the aged, healthcare for the poor, job security for workers, good schools for the nation's young people and invested in science and infrastructure projects that created new economic opportunities. By the 70s, however, as the postwar economic boom began to deflate, so, too, did the idea that government had a role to play in stewarding the economy or protecting workers from the vicissitudes of the free market. Instead, as a conservative anti-government populism emerged out of the perceived "liberal" excesses of the 60s, a new political ethos came to the fore. It was one promoted by Republicans (if occasionally articulated and endorsed by Democrats). Government was no longer a friend to the working man – it was a malignant force transferring his hard-earned tax dollars to the poor and minorities.

These attitudes weren't necessarily new. Americans have long flirted with strains of anti-centralism and fears of concentrated power. But out of this backlash would come toxic policy ideas that have defined post-60s US politics – lower taxes and even lower federal spending, less regulation and even less government intervention in the economy. Though pitched to the American people as a magic elixir for what ailed the US economy, they instead brought the economic disquiet we are seeing fully flower today.

The impact of conservatism's anti-government backlash was significant. Unemployment benefits became less generous; same with food stamps, welfare payments and the minimum wage. Job protections were weakened as once strong support for unions and organised labour was replaced by increasing hostility from pro-business Republicans. When once a third of all private sector Americans were in unions, today the number is down to around 11%.

College tuition fees went through the roof as support for public universities declined. This was happening at the same time that a university degree became an essential ticket for success in a competitive global economy. A lack of early-childhood education and underperforming schools, particularly for the poorest Americans, meant that unless you're in the top 10% of Americans chances are that when your child begins kindergarten, he or she is already one step behind.

This educational inequality is reflective of a larger trend of growing income disparities across US society. So, as Americans saw their wages stagnate, their economic anxieties increase, their debt levels skyrocket, their retirement savings shrivel and their future prospects dim, the very rich got much, much richer.

Yet, conservatism's most pernicious impact came not from what it accomplished. There was no rolling back of the welfare state or the Great Society. The revered conservative Republican saviour Ronald Reagan railed against big government, but as president he found himself unable to zero out even a single major spending programme.

Far worse, however, were the sins of omission. Conservatism's most dubious legacy came in stopping progress dead in its tracks. There were no expanding childcare benefits or universal pre-kindergarten to deal with the influx of women in the workplace. Millions lacked health insurance coverage and yet Congress showed little inclination toward providing universal access to healthcare. New infrastructure programmes, such as high-speed rail or expanded broadband penetration, went nowhere. Public works programmes to create jobs weren't even on the table. When new social programmes were created, such as family and medical leave, they were pale substitutes of what the European middle class takes for granted.

Instead, Congress busied itself with more tax breaks and subsidies for the richest 1% and hacked away at regulations that protected workers and the social safety net that kept them from falling into economic misery. Until the long overdue passage of Obamacare in 2010, the middle class consistently found itself on the short end of the stick.

Certainly, some will quibble as to how much blame the federal government should receive for this economic downturn. Larger systemic forces, such as globalisation, technological change and the increasing specialisation of the US economy, which demanded more educated workers, played important roles as well. Still, even if one accepts that these factors were more responsible, where were Congress and the president in helping workers navigate these changes?

Alas, they were probably out raising money from the 1% for the next election. It's small wonder that, according to a recent academic report, the world of politics is so "dominated by powerful business organisations and a small number of affluent Americans" that the US is on shaky ground even calling itself a democracy.

As Americans have seen their economic fortunes decline, those most in a position to help them have shown far too little willingness to lend a hand, none more so than conservative Republicans.

In the immortal words of Ralph Waldo Emerson, "conservatism makes no poetry, breathes no prayer, has no invention". Its success comes in standing in the path of reform and saying no. With the Republican party currently in charge of the House of Representatives (and unlikely to lose that control in this autumn's mid-term election) there is little reason, unfortunately, to believe that the nearly four-decade decline in the financial standing of the American people will right itself soon. In short, the "choice" that America made to pursue the path of decline will be with us for some time to come.

Kind of makes looking to Europe seem like not such a bad idea.

‘Doing nothing is a sin’: Morning Joe unloads on GOP for refusing to stop the ‘slaughter of babies’ by guns

MSNBC's Joe Scarborough framed gun safety laws as a moral imperative, and not a political issue.

Republicans have resisted talking about measures to prevent the epidemic of mass shootings, saying it was unfair to politicize gun rights, but the "Morning Joe" host said it was long past time to discuss ways to keep military-style weapons from falling into the hands of killers.

Grief turns to anger after gunman murders 21 at Texas school

Grief at the massacre of 19 small children at an elementary school in Texas spilled into confrontation Wednesday, as angry questions mounted over gun control -- and whether this latest tragedy could have been prevented.

The tight-knit Latino community of Uvalde on Tuesday became the site of America's worst school shooting in a decade, committed by a disturbed 18-year-old armed with a legally bought assault rifle.