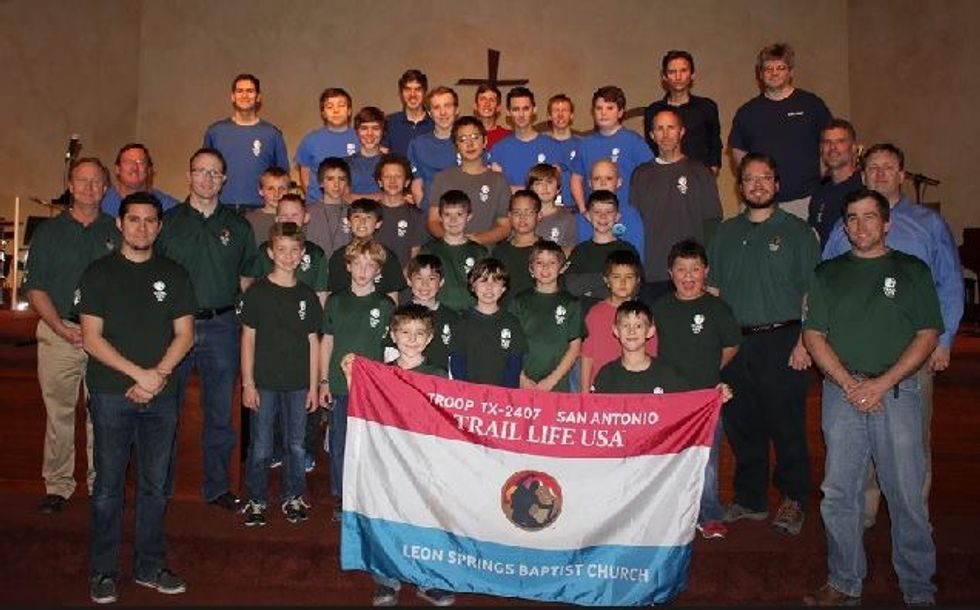 The Christian conservative scouting group that broke away from the Boy Scouts of America over the decision to allow gay scouts to participate is also against the inclusion of Jews and Mormons.

EdgeOnTheNet.com reported Wednesday that Christian youth group Trail Life's bylaws state that Jewish and Mormon boys may participate in Trail Life, but their fathers may not hold leadership positions within the organization.

The FAQ section of the Trail Life website reads, "Trail Life USA is a Trinitarian Christian organization with a Statement of Faith that includes those denominations that specifically recognize Jesus Christ as the prophesized Messiah of the Jewish scriptures."

So-called "Messianic Jews" who believe that Jesus of Nazareth was the Messiah as Christians do may hold leadership positions within the organization, but no others.

Trail Life requires that all scouts and leaders sign a "Statement of Faith" in the Christian religion. "(A) person of the Jewish faith would not be able to sign our Statement of Faith," said the website.

"Thus, according to our membership standards, Jewish churches and organizations would be precluded from chartering Trail Life USA troops. And those of the Jewish faith would indeed be precluded as adult leaders based on their beliefs," it continued.

Jewish youth may join Trail Life and "a Jewish parent could be present at troop functions and even on certain camping trips, but not as a recognized or registered leader that would be providing direct leadership to the youth."

Judaism, the group said, "would not be recognized as a participating Christian denomination in Trail Life USA."

Similarly, while the group professes to "respect Mormons," "Mormons would not participate in our program as a denomination because of our specific Statement of Faith which holds a belief in the Trinity, which is not in step with Mormon theology."

"Trail Life is not for everyone," stated the website.