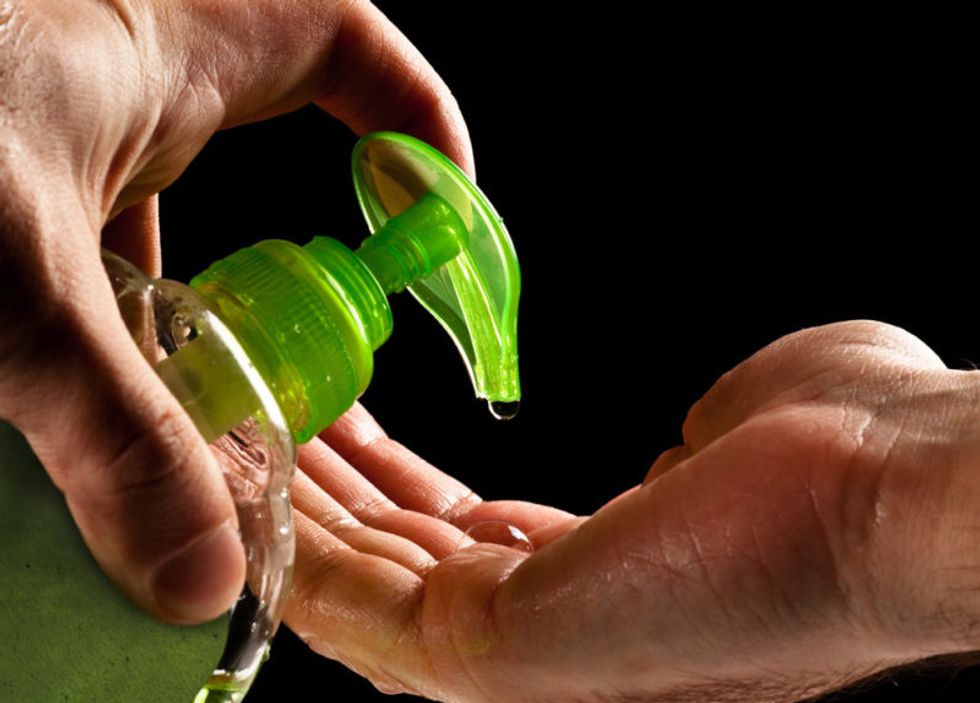 Triclosan -- the active ingredient in many antibacterial soaps, toothpastes and other cosmetics -- contributes to the growth of potentially harmful bacteria in the human nose. According to a study by scientists at the University of Michigan, the presence of Staphylococcus aureus bacteria could make affected individuals more vulnerable to infection.

Triclosan has been added to hundreds of products since its first fabrication 40 years ago, from mouthwash to kitchen and bathroom cleaners. The study, which was published in the open-source biosciences journal mBio, found that the chemical is present in the nasal cavities of 41 percent of adults.

Senior study author Blaise Boles, an assistant professor of molecular, cellular and developmental biology at University of Michigan told the American Society for Microbiology that the dangers posed by triclosan are only beginning to be understood.

"It's really common in hand soaps, toothpastes and mouthwashes but there's no evidence it does a better job than regular soap," said Boles. "This agent may have unintended consequences in our bodies. It could promote S. aureus nasal colonization, putting some people at increased risk for infection."

Other studies have found that the chemical is acting as an environmental pollutant, turning up in patients' urine, blood serum, semen and breast milk. In mammals, triclosan has been shown to disrupt the endocrine system and impair the performance of heart and skeletal muscles.

For years, health experts have raised concerns that the products are contributing to the rise of antibiotic-resistant bacteria. These and other health concerns, say scientists, merit a thorough re-examination of whether triclosan should be used at all.

In December of 2013, the Food and Drug Administration announced that due to "more recent scientific developments and changes in the use patterns of these products," it is revising its 1994 declaration that triclosan is safe and non-toxic.

The agency announced that manufacturers who use triclosan in their products have one year to produce safety data and to prove that their products work better than products not containing the chemical. If the companies cannot produce the requested data, the products in question will be taken off the market.

[image of liquid soap and washing hands via Shutterstock.com]