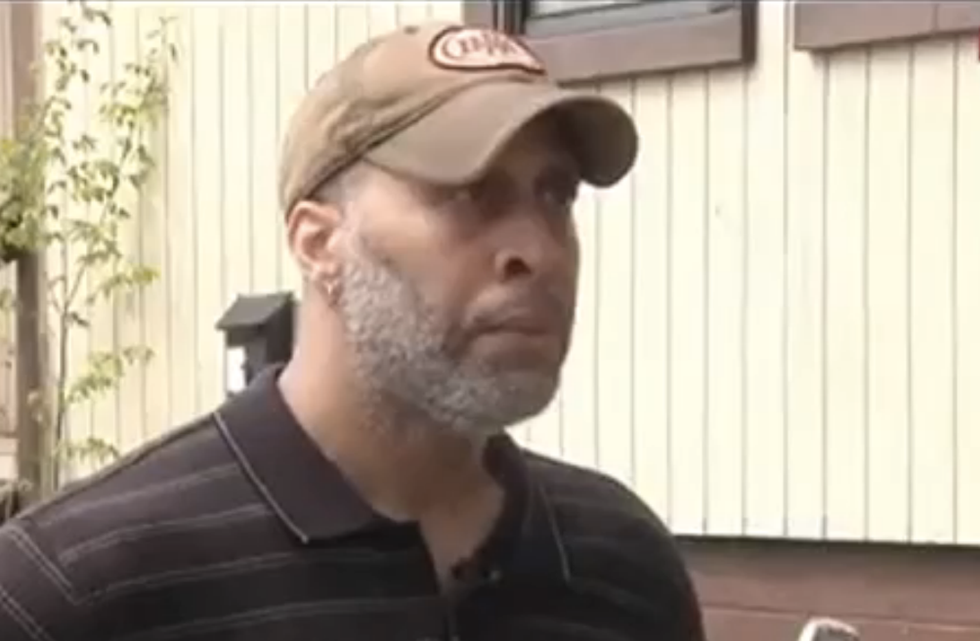 A former police officer died while trying to set ablaze a food cart belonging to a blogger who exposed crooked cops and other corrupt city officials. ArkansasMatters.com reported Friday that former Little Rock Police Officer Todd Payne died when blogger Ean Bordeaux (pictured above) tackled him as Payne tried to flee the scene of the attempted arson.

Bordeaux is the proprietor of the Corruption Sucks blog, a webpage dedicated to exposing corruption in the Little Rock local government and in the state government of Arkansas. At about 4:30 a.m. on Friday, he awoke to find the hot dog cart he operates for a living in flames.

"I looked outside and my hot dog cart's on fire," he told KARK. The cart operated on propane tanks, which, Bordeaux said, "could have blown up the house."

He called 911, then ran outside in a bathrobe to put out the blaze. That was when he noticed a heavyset man in a mask running away.

Bordeaux was too busy trying to put out the flames then, he said, but about 15 minutes later, the man in the mask came back. The blogger watched from inside his house as the masked man tried to restart the fire.

Running outside again, Bordeaux said, he tackled the man as he tried to flee, hoping to hold him until police arrived.

Payne hit the pavement face-first, however, and died from his injuries. Bordeaux said his only desire had been to immobilize the perpetrator and hand him over to authorities.

He quickly realized, however, that the dead man was former LRPD officer Todd "Creepy Todd" Payne, who was fired from the force in 2010 for multiple violations, including a DUI crash in which Payne attempted to leave the scene, incidences of witness intimidation, lying to superiors and dereliction of duty.

Bordeaux had written extensively about Payne at Corruption Sucks, and believes that the former cop was attempting to strike back at him for exposing his crimes.

[Note: An earlier version of this story misidentified Todd Payne as Todd Parker. We regret the error.]