Bill Maher on Ukraine: 'We have a hard time making the human rights case anymore' 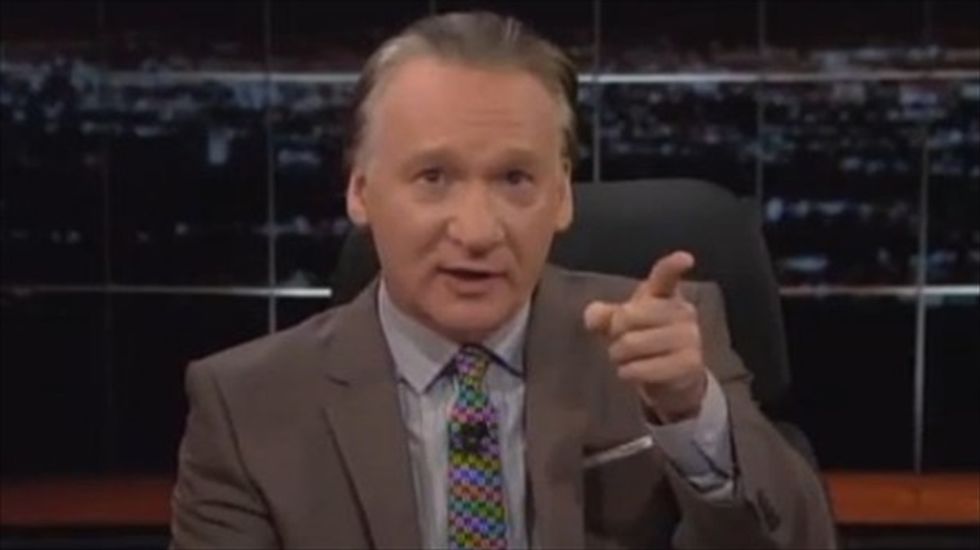 As Real Time host Bill Maher and his panelists debated on Friday about Russia's potential to further destabilize Europe, Maher told his guests that the U.S. has lost the moral high ground on global affairs.

"We have a hard time making the human rights case anymore," Maher said. "We used to have a better case right after the Nuremberg trials. We did something no other did. We could have just hung them. And we said, 'No, you deserve a trial, even though you're Nazi vermin."

"Taking the high road has gone out of style," Guardian U.S. columnist Ana Maria Cox said in agreement. "I wish it hadn't. But sort of talking about this loose talk about nukes shows that we want to play on the same level as everyone else -- to somehow prove something kind of macho."

Rep. Duncan Hunter (R-CA) disagreed with Cox, saying that it was more out of a need to stop "bad people" from moving forward with gathering nuclear materials.

"That's another form of righeousness, by the way," Cox interjected, pointing toward Hunter.

"It's not, it's called real life," Hunter shot back. "You have bad people that want to do bad things to good people, and it takes good people standing up and stopping them. The Marine Corps taught me that. Three tours taught me that. You have to fight power with good power sometimes."

On the other hand, Maher argued, Russian President Vladimir Putin's lack of belief in an afterlife should be seen as a positive.

Maher also took on an exasperated tone when pointing out a survey suggesting that people heavily in favor of U.S. military action in Ukraine don't know where it is.

"You have to admit that ignorance and belligerence is a proud American tradition," said Cox, who is also a fellow at the University of Chicago's Institute of Politics. "I mean, we had it in the White House not too long ago. I think we are getting smarter, I really do. Most Americans do not support an invasion of Ukraine. I mean, that's the good news. It's only the ignorant ones."

"They maybe should be," Cox said.

"Should they really be scared of Russia?" Maher asked.