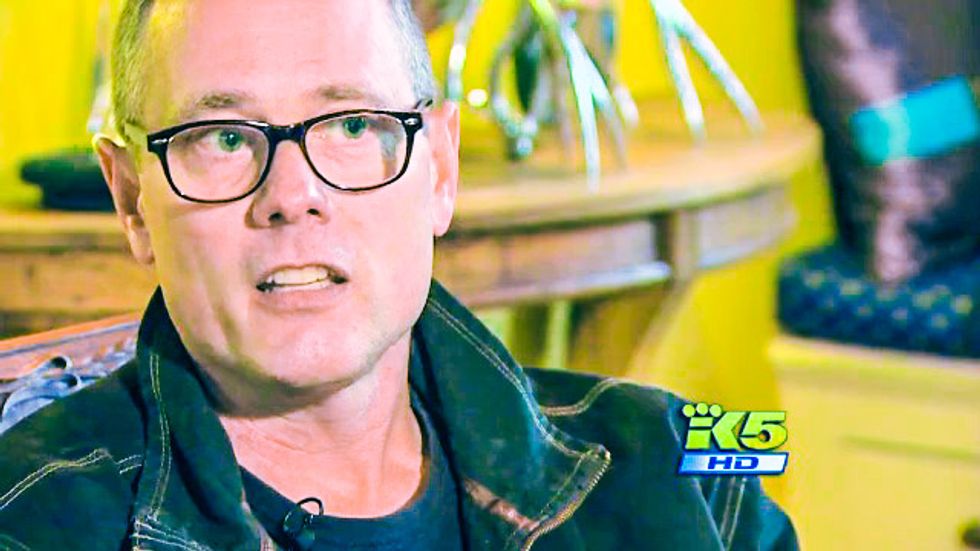 The Boy Scouts of America has severed ties with a Seattle church that has insisted on allowing a gay man to remain as a troop leader, the youth organization said on Monday.

It is likely the first time the national organization has severed ties with a scout troop since a landmark vote last year allowed gay scouts but kept a ban on gay adult leaders.

The decision to revoke the Rainier Beach United Methodist Church's charter comes as the Boy Scouts of America (BSA) faces pressure from social conservatives over the rule change, as well as from gay rights groups who say it did not go far enough.

"Because the church no longer agrees to the terms of the BSA chartered organization agreement, which includes following BSA policies, it is no longer authorized to offer the Scouting program," said Boy Scouts spokesman Deron Smith in a statement. "We are saddened by this development."

The BSA last month revoked the membership of Geoffrey McGrath, a gay scout leader of Troop 98 in Seattle, after he openly stated his sexual orientation in a news interview that discussed his group. The recently formed troop was sponsored by the Rainier Beach church.

The revoked charter prevents the group from the neighborhood in south Seattle from using the BSA's uniforms and logos.

The church plans to offer a replacement program, said McGrath, who became an Eagle Scout in the 1980s.

"Our primary task is to make sure that the youth program at the church continues without missing a beat," McGrath told Reuters. "We'll have to make minor adjustments to avoid copyright infringement."

Reverend Monica Corsaro of the church told NBC News that the Boy Scouts' action conflicts with her congregation's values of non-discrimination.

"Breaking us up like this seems to go against everything the Boy Scouts is about," Corsaro told NBC.

The Boy Scouts said they have identified a new charter organization for the church-affiliated troop.

Following its decision to admit gay youth, the BSA has seen religious groups and leaders sever ties and a conservative group say it would form a rival alternative. It has also faced accusations of failing to protect children from sexual abuse by adult volunteers.

The BSA did not immediately say whether it had revoked other charters.