Buffalo police being investigated for slapping, kicking handcuffed man on the ground 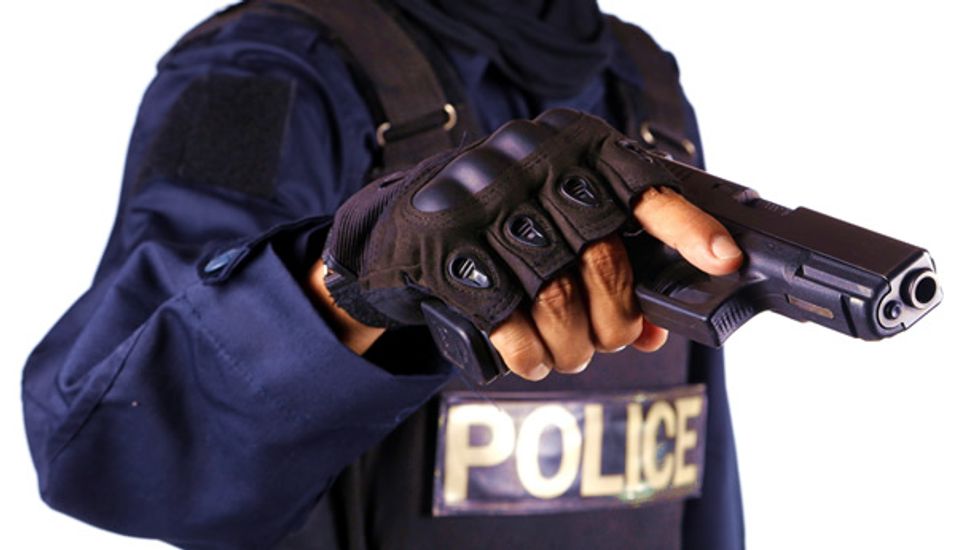 Police in Buffalo, New York are investigating allegations of brutality after a video surfaced which appears to show Buffalo Police Department officers slapping and kicking a handcuffed man lying on the ground.

Buffalo Police Commissioner Daniel Derenda told the media on Monday that the video -- which has been circulating the Internet since Saturday night -- was being investigated not only by his office, but by the Federal Bureau of Investigation, the U.S. Attorney's Office, and the Erie County District Attorney's Office.

All of them, he assured reporters, are working together to identify the officers involved in the arrest.

Commissioner Derenda said that the incident on April 19, 2014, began when an unnamed man was stopped for a moving vehicle violation. He said that the unnamed man attempted to run from police, who chased him down and handcuffed him. Then, he said, the officers appeared to begin slapping and kicking the man.

According to Derenda, "from a supervisor standpoint, from a [police officer] standpoint, we don’t condone or tolerate inappropriate behavior and as I said, necessary actions will be taken when we come to a conclusion."

When asked whether the officers involved would be punished, Derenda responded that "I don’t want to comment on that at this point, the investigation is still in its preliminary stages. Obviously it’s a very serious matter and we’re taking it as such."

Watch video of the arrest and alleged brutality below.