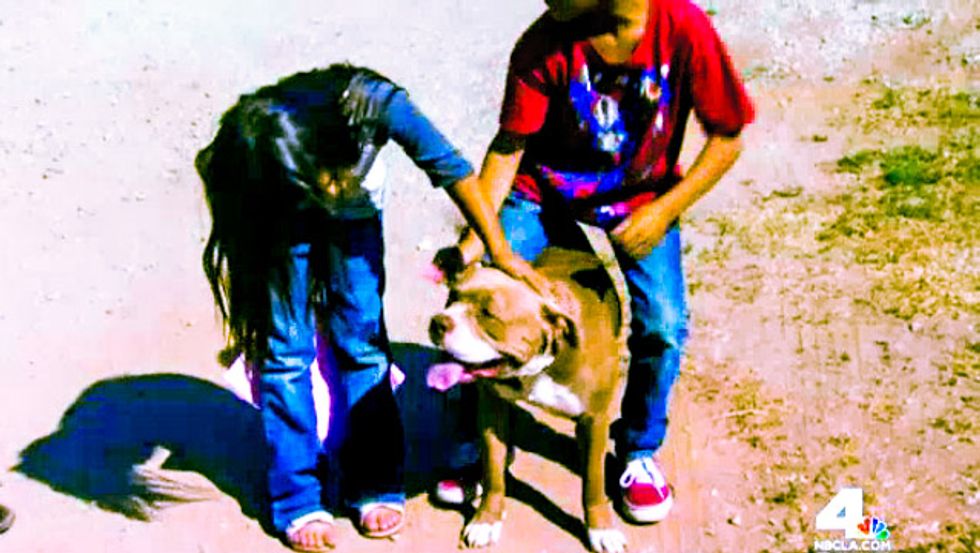 A California deputy accidentally shot himself while trying to kill a dog that he said was threatening his life on Wednesday, but video captured by a local television station later showed the animal much smaller than reported and peacefully playing with children.

According to a Riverside County sheriff’s spokesperson, the deputy was serving an eviction notice at around 2 p.m. on Wednesday when a "large" dog tried to attack him, KCAL reported.

“A dog came at the deputy in an aggressive manner,” Deputy Armando Munoz said, according to The Press-Enterprise. “The deputy, (attempting to defend himself) pulled his service weapon, shot one round, and injured himself in the leg."

Munoz said that the dog's aggressive behavior ended when it was startled by the gunfire.

When KNBC film crews arrived on the scene later on Wednesday, they found a medium-sized pit bull -- named "Precious" -- confined to a pen, and calmly playing with several children. The dog's owner admitted that it had been barking when the officer arrived.

Animal Services did not take the dog into custody because there was no evidence it or the owner had done anything wrong.