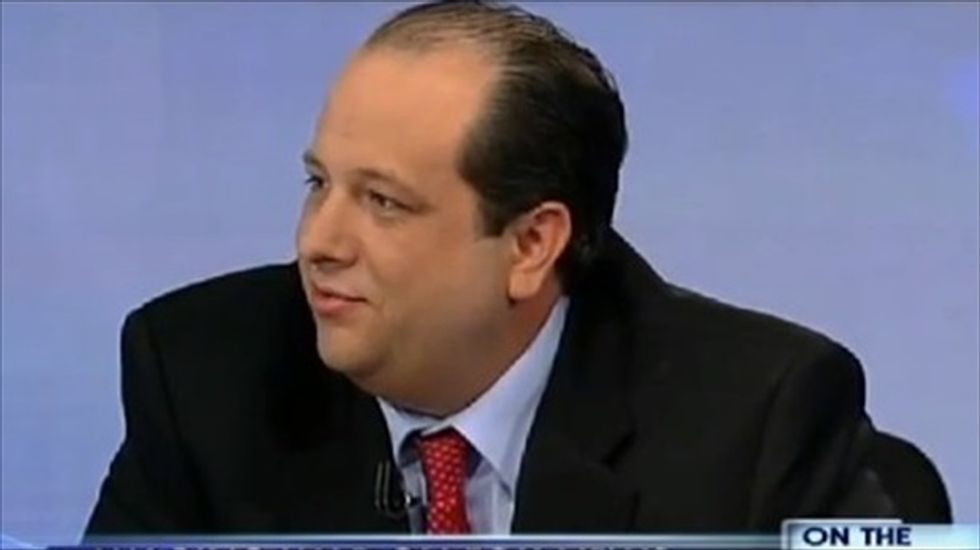 A Democratic congressional candidate in Virginia who landed interviews on Fox News after saying he would wage "war" against it turns out not to be a candidate after all.

Mediaite reported on Friday that Mike Dickinson, who had billed himself as a challenger to to House Majority Leader Eric Cantor (R-VA) never filed official candidacy paperwork with the state's 7th Congressional District Democratic Committee.

Committee chair Abbi Easter was quoted as saying that Dickinson told party officials at the "last minute" that he would not run. The deadline for filing the necessary documents was Thursday at 5 p.m. local time. The committee subsequently canceled its nominating convention this year, since no candidates stepped forward.

Dickinson did not respond to a request for comment from The Raw Story.

However, Dickinson still appeared on Greta Van Susteren's show Thursday night, while still portraying himself as a candidate, to defend his online statements that if elected, he would "wage war" on both her network and Tea Party Republicans while at the same time criticizing "partisan bickering" on his website.

"My deal with politicians is, politicians should say who they are, and say what they really believe in," Dickinson told Van Susteren.

Meanwhile, Van Susteren ripped Dickinson for not disclosing on his site that he had worked as what he called a "consultant" for strip clubs in his district. The Fredericksburg Free-Lance Star reported in February that Dickinson's was at odds with party officials in Spotsylvania County, over not only his work history, but misrepresenting it; after referring to himself as a strip club owner in a letter to the newspaper, he called himself a consultant in a meeting with the local party committee.

"So which is it?" committee member Oral Stroup asked him at the time. "You either misrepresented yourself to the public or you're misrepresenting now."

"I was a lobbyist working for a company, and I wrote what I had to write on paper to get the job done," he responded.

Watch Dickinson's interview with Van Susteren, as posted online on Thursday, below.