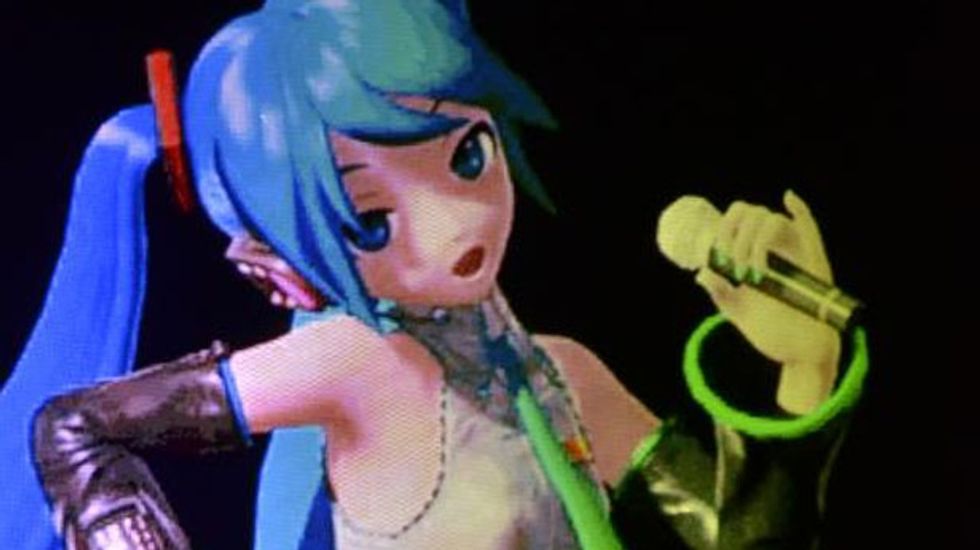 Hatsune Miku, a computer-generated Japanese pop star who performs as a hologram, is to support some of Lady Gaga's tour of North America next month, the US songstress has announced on Twitter.

The pixel-perfect pop princess, whose voice is also the product of digital code, will perform in 3D alongside a band made of real musicians at shows starting in Atlanta on May 6.

"My favourite digital pop star Hatsune Miku is opening The ARTPOP Ball from May 6-June 3!" @ladygaga said on her Twitter feed.

"Look at how cute she is!," she added, with a link to YouTube video showing the digital diva in action.

The collaborative brainchild of software developers, a manga comic artist and a vast digital fan community, the virtual singer from outer space has become one of the hottest stars on the J-pop scene in the last few years.

The programmers who created Miku are vague about her persona, but very specific about her stats -- the teenage pop queen is 158 centimetres (five feet two) tall and weighs a dainty 42 kilograms (93 pounds).

Hatsune's turn on tour with Lady Gaga, one of the biggest names in American music thanks to a flamboyant style that blends elements of David Bowie with Madonna, comes ahead of support by fellow Asian superstars CRAYON POP.

The five-piece are set to join Lady Gaga for the second half of the North American section of the tour, playing more than a dozen gigs.

The ARTPOP Ball tour heads overseas in August, with dates in Japan, South Korea, Australia, and much of Europe.