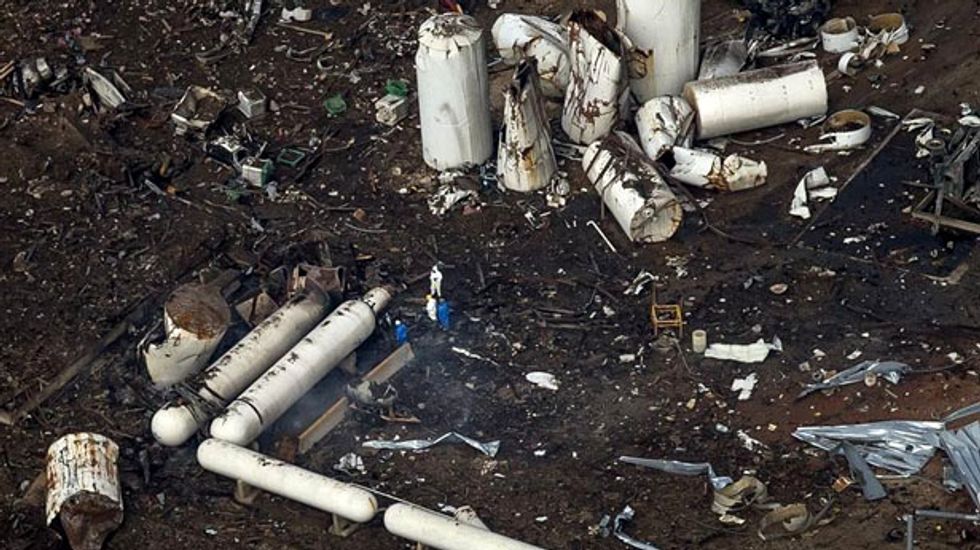 DALLAS (Reuters) - A deadly 2013 fertilizer warehouse explosion in Texas that claimed at least 14 lives could have been prevented, U.S. safety investigators said on Tuesday.

Between 40 and 60 tons of ammonium nitrate exploded 22 minutes after a fire broke out at the West Fertilizer Co warehouse on April 17, 2013, leveling a neighborhood in the town of West, 70 miles southwest of Dallas.

The ammonium nitrate, which the company supplied to farmers to use as fertilizer in the region, was stored in wooden bins within a wooden building that did not have a sprinkler system, said Rafael Moure-Eraso, chairman of the U.S. Chemical Safety Board.

If those factors had not been in place, the disaster probably never would have happened, Moure-Eraso told a news conference about the board's preliminary findings.

The board said the state of Texas and federal regulators had much to do to strengthen rules to prevent explosions like the one in West, which injured 236 people.

Volunteer firefighters battling the blaze did not know the risks they faced from fertilizer stored at the warehouse, because of lax regulation of volunteer training and inadequate preparations for fires at chemical facilities, the board said.

The board also said that safer blends of ammonium nitrate that could prevent explosions should be considered, in addition to tightening standards at chemical warehouses.

The Chemical Safety Board investigates explosions and fires at U.S. chemical plants. It has no regulatory or law enforcement authority, but makes recommendations to government and industry.