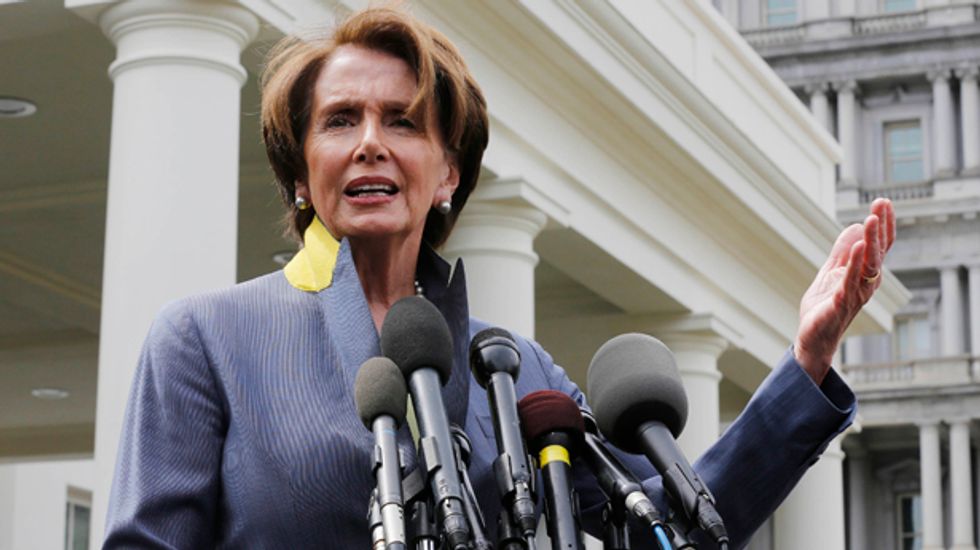 WASHINGTON (Reuters) - Democratic House Leader Nancy Pelosi said on Sunday that former U.S. Vice President Dick Cheney "set a tone" for the interrogation and detention programs conducted by the Central Intelligence Agency in the aftermath of the September 11, 2001 attacks.

Pelosi said she believed Cheney, an influential figure in U.S. security policy under former President George W. Bush, was proud of the CIA's actions during the Republican administration.

"I do believe that during the Bush-Cheney administration, that Vice President Cheney set a tone and an attitude for the CIA," Pelosi said on CNN's "State of the Union" program.

"Many people in the CIA are so patriotic, they protect our country in a way to avoid conflict and violence," she said, adding the agency's "attitude" came from Cheney. "I think he's proud of it."

Pelosi's comments came after the U.S. Senate Intelligence Committee voted last week to declassify and release portions of a report on an investigation into the CIA's detention and interrogation practices after the September 11 attacks, which critics say amounted to torture.

Senator Dianne Feinstein, Democratic chairwoman of the panel, said the report exposes brutality and chronicles "a stain on our history that must never be allowed to happen again".

Congressional and intelligence sources have said the report strongly condemns now-abandoned techniques such as water boarding, or simulated drowning, and concludes they did not produce significant counter-terrorism breakthroughs.

It is expected to be weeks or more before any of the document is cleared for release.

Republican House Intelligence Committee Chairman Mike Rogers, responding to Pelosi, warned against politicizing the report ahead of November's midterm elections and said it was not "the Holy Grail".

"That politicizes this in a way that's horribly counterproductive and likely to lead people to the wrong conclusions," he said on CNN.

He said he had "real misgivings" about the investigation, which some Republicans have criticized as partisan.