Did George W. Bush paint the first images that came up on Google searches of world leaders?

The similarities were first discovered by art critic Greg Allen, who wrote that, "Many photos were taken from the subject's Wikipedia entry. Bush based his paintings on the literally first-to-surface, easiest-to-find photos of his subjects."

For example, the principal image on the left shows a photo from German Chancellor Angela Merkel's Wikipedia page, while the right shows her painting as depicted in Bush's "The Art of Leadership" exhibit at the presidential library and museum in Texas bearing his name: 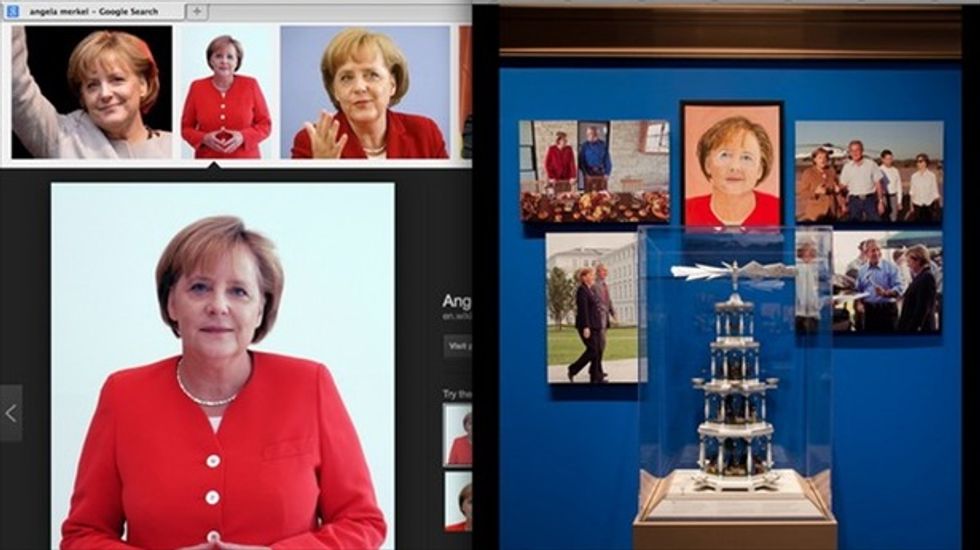 The same technique can be seen in Bush's rendition of Russian President Vladimir Putin: 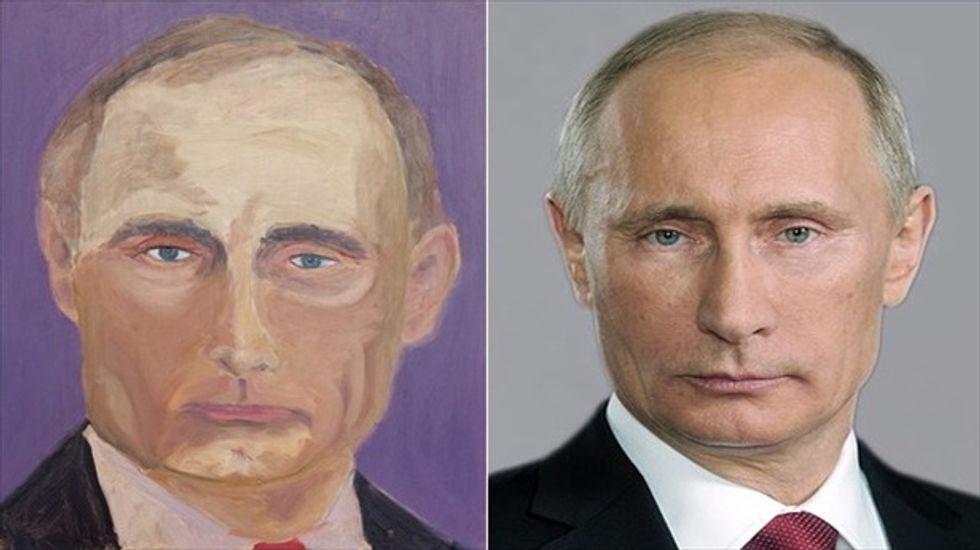 "Why do they exist? Why are they being exhibited? How are they being used and discussed? Why do they matter?" Allen wrote. "I think the simplest answer for why George W. Bush started painting is because he has nothing else to do. Bush is toxic and unemployable as a political figure. He can't campaign for Republicans, can't talk on television about anything important, can't give speeches for money, can't write memoirs, can't travel to certain countries where he runs the hypothetical risk of getting arrested for war crimes. Painting is a harmless and respectable pursuit that offers an aura of cultured acceptability."

Animal also reported that Bush's painting of former French President Jacques Chirac was lifted from an image copyrighted by the Associated Press.

However, Allen told Animal that Bush is "clearly transforming his source images," and thus, unlikely to be sued -- at least successfully -- for copyright infringement.

"Bush is free to sell the hell out of some Personal Diplomacy giclee prints, or to put his paintings on totebags, t-shirts, Christmas ornaments, mugs, or a deck of cards," Allen was quoted as saying. "I mean, if George Zimmerman can earn a living from painting, why can’t George Bush?"