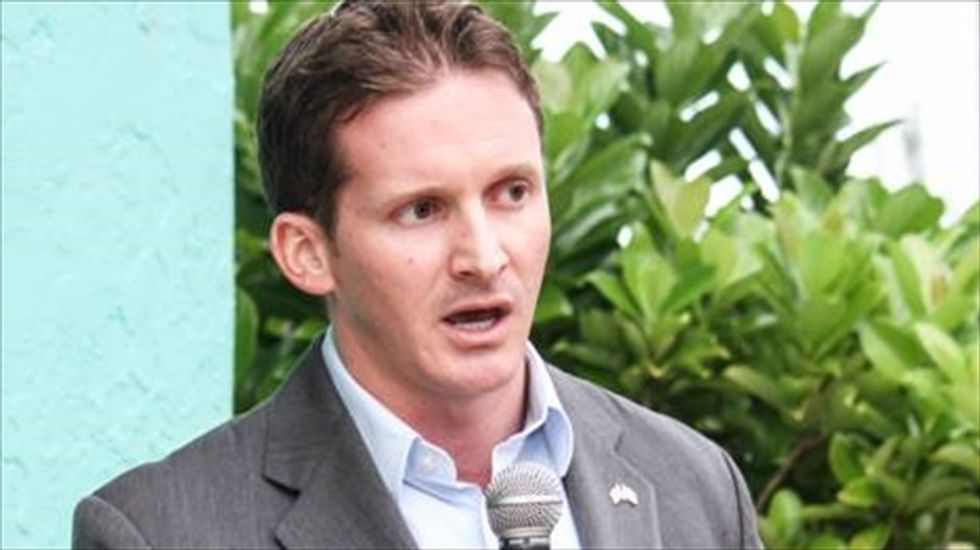 A Florida Republican lawmaker was arrested after driving erratically following a late-night stop at a Taco Bell drive-thru, the Venice Herald-Tribune reported on Tuesday.

Police in Tallahassee said 30-year-old state Rep. Dane Eagle (R) nearly hit a concrete median while exiting the restaurant parking lot around 1:50 a.m. Monday morning, and almost hit the curb while attempting to make a U-turn, and was then caught driving 45 miles per hour in a 35 mph zone, hit another curb and ran a red light before being pulled over by Officer David Keller.

Despite refusing to take a field sobriety test, authorities said Eagle's breath and vehicle smelled of alcohol. Eagle denied that he had been drinking, attributing the smell to friends who were riding with him earlier in the evening. He also allegedly Keller that he was "good to get home," despite stumbling and falling when Keller asked him to walk to Keller's patrol car.

Eagle, who was elected in 2012, was arrested and charged with driving under the influence. He also refused to take a breathalyzer test.

The Fort Myers News-Press reported that Eagle released a statement Tuesday morning confirming his arrest, while also disputing the police account of the encounter.

"While there are some decisions that I would have made differently, I do not believe there is a complete and accurate picture of the events," his statement read. "Under advice of my legal counsel, I cannot discuss all the details right now, but I look forward to publically (sic) sharing the entire story at an appropriate time. Until then, I humbly ask for everyone's patience."